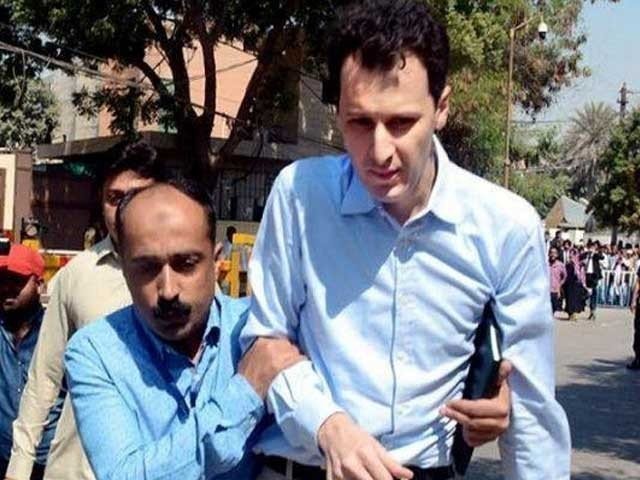 Namar Majeed being taken by the FIA. PHOTO:EXPRESS

During the hearing of the case at the apex court’s Karachi registry, the chief justice asked sugar worth millions could disappear from the group’s warehouses and summoned the group’s chief executive and other officials.

The younger Majeed had been on interim bail and was taken into FIA custody after the hearing concluded.

The Chief Justice ordered the Omni group to submit full records by October 30.

In December 2016, the Sindh Rangers had conducted raids at the Karachi office of the Omni Group of Companies and the residence of its owner, Anwar Majeed and confiscated records which reportedly contained clues of the money laundering chain.