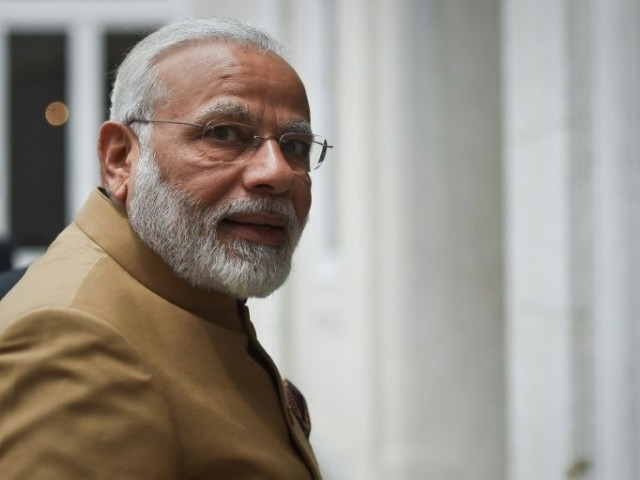 Congress and other opposition parties have accused Modi of removing the Central Bureau of Investigation (CBI) chief Alok Verma this week because he wanted to investigate a 2016 deal to buy 36 Rafale jets from France.

Rahul Gandhi, the scion of India’s Nehru-Gandhi dynasty and president of the Congress party, was briefly taken to a Delhi police station after leading a march by hundreds of supporters to the CBI headquarters.

Demonstrations were also held in other cities including Bangalore, Mumbai and Chandigarh, where police fired water cannons to break up a march.

The government suspended Verma and his second-in-command Rakesh Asthana on Wednesday, pending an inquiry. The pair have accused each other of taking bribes.

“The prime minister acted against the CBI director as a result of panic and as a result of fear because he has helped Mr Ambani,” Gandhi said as he left the police station.

Home Affairs Minister Rajnath Singh accused Congress of picking up on ‘non-issues’. The government has insisted it replaced the CBI chiefs to maintain the “institutional integrity” of the agency which handles high-profile cases.

The Supreme Court, while hearing a petition Friday from Verma against his ouster, ordered that the investigation into his case be completed within two weeks.

In his petition Verma said “CBI’s autonomy was being compromised as certain investigations into high functionaries do not take the direction that may be desirable to the government”.

When the Congress party last held power in 2013, a Supreme Court judge described the CBI as a “caged parrot” because its inquiries are constrained by the ruling party of the day.