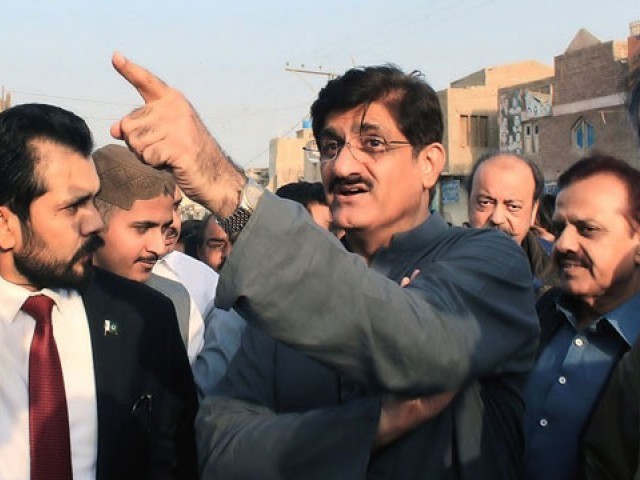 The top court has also ordered provincial secretaries to submit all necessary documents to the JIT and present their statements with affidavits, while also summoning Sindh Chief Minister Murad Ali Shah, who belongs to the PPP, to appear before the bench today (Saturday).

The Chief Justice of Pakistan (CJP) Mian Saqib Nisar, who was heading on Friday a three-judge bench also comprising Justice Mushir Alam and Justice Munib Akhtar, said the court would not spare anyone.

“Things cannot go on like this. I would stay here and make sure that nobody gets relaxed,” the CJP said, while hearing the suo muto case at the Supreme Court Karachi Registry.

The FIA Director General Bashir Memon, the JIT members including its head Ahsan Sadiq as well as Farooq H Naek, counsel for the PPP Co-chairman Azif Ali Zardari and Shaukat Hayat, counsel for an accused Hussain Lowai, were also present in the courtroom.

The CJP asked the JIT head about cooperation of various provincial departments. Sadiq said the team had earlier faced a lot of trouble and that documents were submitted to it on court’s pressure.

Justice Nisar told the JIT head that he had full authority to access all departments for purposes of the investigation. He warned that the court would take strict action if hurdles were created in the JIT probe.

He also asked to summon Sindh Chief Minister Murad Ali Shah to come and meet him in his chamber today. “The court has no specific time. It can order hearing anytime,” he said.

The top judge also exchanged views with Sindh Advocate General Salman Talibuddin and hoped that the case proceedings would not face any problems in his presence.

According to the JIT’s report, Omni Group owed a total debt of Rs73 billion to different banks. It took Rs23 billion from the National Bank and Rs50 billion from Sindh Bank, Silk Bank and Summit Bank.

The chief justice said merger of the banks was perhaps undertaken in order to stash money. He also ordered to summon head of the Omni Group.

The court also heard a petition demanding provision of medical facilities to one of the suspects in the money laundering scam, Taha Raza. Advocate Shaukat Hayat said doctors had advised Raza’s surgery.

The CJP reviewed the medical reports of the suspect and asked whether anyone else from the Omni Group was facing any health issue. Later, the court ordered to shift Taha Raza to a private hospital.

He ordered that the suspect must keep the court abreast of his condition through medical reports.

In an informal conversation with media after the hearing, the FIA DG Bashir Memon said a progress report pertaining to the case has been submitted to the court. To a question whether Asif Ali Zardari would be called by the JIT, Memon said a decision in this regard will be taken by the JIT head.

“We have informed the court that the Sindh government has started to cooperate,” he said.

The JIT head Ahsan Sadiq, however, did not give any clear answers to questions raised by media. To a question about the JIT, he said the media was allowed inside the court but he being the JIT head could not tell anything beyond the court proceedings. “The JIT is still carrying out investigations.”

Zardari’s counsel Farooq H Naek said the top court has ordered provincial departments to submit copies of relevant documents. The FIA has said it is getting the necessary cooperation, he added.

The CJP said his successful efforts have developed a passion and awareness in the entire nation about construction of new dams.  “The whole nation has become the part of this cause, and the people will themselves build dams and protect them too,” he said while talking to APP on dams’ issue.

The CJP said due to climate change and lack of rains, water resources are depleting in the country, therefore, there is a need to avoid water wastage.  Justice Nisar said construction of new water reservoirs is the need of the time.

Earlier, different delegations called on the CJP and presented cheques for construction of dams.

The Jinnah Post-graduate Medical Centre (JPMC) Executive Director Dr Seemi Jamali on behalf the hospital employees presented a cheque of Rs53,50,000. The Karachi Club President Hanif Lakhani and Secretary Yousuf Suleman also gave him a cheque of Rs50,00,000. The Bahria Town’s residents gave Rs11,00,000 and a cheque of Rs100,000 was presented by students and teachers of the City School