It covers implem­entati­on status of the corrid­or and its future prospe­cts
By Shahbaz Rana
Published: October 24, 2018
Tweet Email 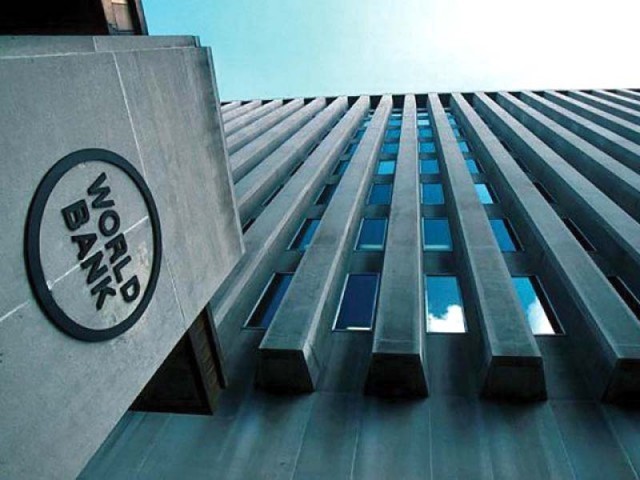 The World Bank study would also review the prospects of trade and implications of China-Pakistan Economic Corridor debt. PHOTO: FILE

ISLAMABAD: Beijing has engaged the World Bank for undertaking a study on the China-Pakistan Economic Corridor (CPEC) as Islamabad lacks the institutional capacity to conduct evidence-based research to gauge the real potential of the $60-billion investment programme.

The study covers the implementation status of CPEC and its future prospects, according to a briefing World Bank Country Director Illango Patchamuthu gave to Planning Minister Khusro Bakhtiar on Tuesday.

The Washington-based lender is conducting the study on six different aspects of CPEC and expects to complete the work by the end of this year, said officials.

The development comes at a time when Pakistan is urging China to fast-track work on the CPEC projects being completed with Chinese grant.

The Economic Affairs Division had undertaken a review of China-sponsored two infrastructure and two social-sector projects, finding that progress on them was far behind the schedule.

The government also asked Chinese authorities to fund another road project – Raikot-Thakot – costing $709 million through a grant. Bakhtiar raised the issue of project grant with a delegation of China Road and Bridge Company (CRBC).

“The World Bank is carrying out an analytical study on CPEC investments in Pakistan,” confirmed a spokesperson for the World Bank. She added that the study was going on and was expected to be completed in coming months.

As it is usual for such studies, the research team is consulting with relevant stakeholders. The study is supported by the China-World Bank Group Partnership Facility, said the spokesperson.

A few years ago, China had set up a $50-million partnership facility for investment projects and operations, knowledge development and south-south learning, human resource cooperation and financing for global and regional programmes.

The World Bank study will also review the prospects of trade and implications of the CPEC debt. Pakistan does not have proper estimates of jobs opportunities being created under CPEC.

The planning minister on Tuesday desired that at least 80% of jobs being created in the Rashakai Special Economic Zone must be given to Pakistanis.

Pakistan had signed CPEC deals in 2014 without conducting research. Even the think tanks being set up with public funds for conducting research have become mere tools of publicity. Pakistan does not have estimates of the Chinese cargo traffic that will pass through its territory under CPEC. During the meeting with the World Bank delegation, the planning minister urged them to take Pakistani research institutes on board while conducting the CPEC study.

The minister said the government was working on a robust economic plan to introduce structural economic reforms to take Pakistan among middle-income countries in the long term. He vowed to increase the country’s low investment and saving ratios to bring them on a par with regional peers. The minister stressed the immediate need for enhancing tax revenues to 20% of GDP and simultaneously increasing domestic savings to 20% of GDP.

The minister said the government offered friendly investment policies and Pakistan was emerging as one of the attractive destinations for foreign investment.

However, an Asian Development Bank (ADB) report on Asia Economic Integration underlined that Pakistan was getting 70% of its total foreign investment from China alone. The share of investment from Japan was only 2.5%, European Union 21% and the United States 5.6%.

Similarly, Pakistan’s trade with China was slightly over one-fifth of its total trade with the rest of the world.  The planning minister stated that improving tax administration, encouraging financial institutions to expand the range of savings and investment instruments, reducing the procedures, cost and time associated with investing, improving management practices and supporting technology extensions would bring about economic turnaround for the country.

Impact of rupee’s fall will be felt after a year: SBP official