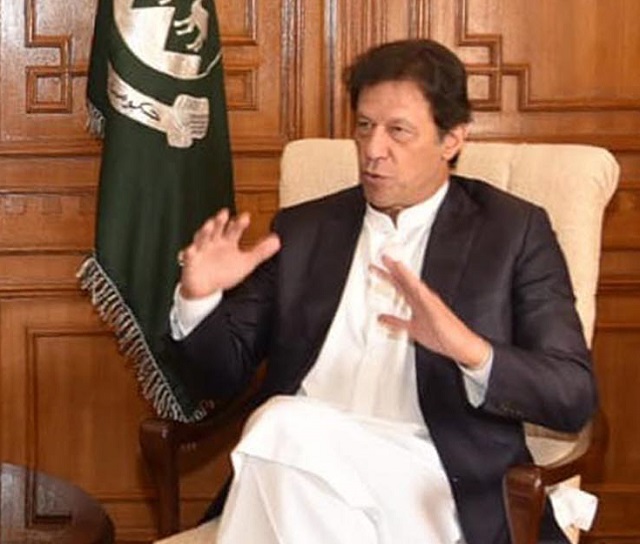 PM Khan says Balochistan to be paid more than its due share in CPEC projects. PHOTO: PPI

QUETTA: While vowing to give Balochistan more than its due share in the multi-billion dollar China-Pakistan Economic Corridor (CPEC) projects, Prime Minister Imran Khan has said the CPEC projects are being reviewed to safeguard rights of people of all provinces.

“Progress of the country is linked with development of Balochistan. The federal government will extend all possible cooperation to Balochistan to overcome its financial crisis and eliminate poverty. Balochistan would be paid more than its due share in the CPEC projects,” PM Khan said on Saturday.

The premier was chairing a Balochistan cabinet meeting in Quetta during his first visit to the province after since taking oath as the prime minister on August 18. Information Minister Fawad Chaudhry, Planning Minister Khusro Bakhtiar, Minister of State for Interior Shehryar Afridi, provincial political leadership, and special assistants to PM on media and political affairs also attended the moot.

Imran Khan said he will remain in constant contact with the chief minister, provincial leadership and other stakeholders to ensure Balochistan’s share in the country’s progress and prosperity.

“A comprehensive strategy would be worked out for an early progress of Balochistan in light of proposals to be submitted by the provincial government,” he added.

The prime minister urged the Balochistan Assembly lawmakers for effective legislation to resolve problems of the people. He also laid stress on taking measures on priority basis to meet the water scarcity in Quetta.

Balochistan Chief Minister Jam Kamal welcomed the prime minister and expressed gratitude to him on taking special interest in situation of Balochistan. The provincial chief secretary briefed the premier on socio-economic development projects in the province.

Earlier, the prime minister, while visiting the headquarters of Southern Command at Quetta Cantt, said through a comprehensive national effort, cooperation between federal and provincial governments and assistance of the armed forces, true potential of Balochistan would be realised.

The premier, who was accompanied by Balochistan Chief Minister Jam Kamal Khan and leading federal ministers was received by army chief General Qamar Javed Bajwa at the Quetta Air Base, said a statement issued by the Inter-Services Public Relations (ISPR).

A detailed briefing on security situation of the province, challenges and response was given. The PM was also briefed about socio-economic development based Khushal Balochistan programme, security of the CPEC projects and progress of fencing along Pakistan-Afghanistan border.

The army chief said having achieved stability in troubled areas of Khyber-Pakhtunkhwa, lately the focus of the armed forces has been on Balochistan, which is the economic future of Pakistan.

Khan acknowledged and appreciated contributions of security forces towards improving peace, stability and socio-economic development of the province. “Only a cohesive national effort shall Inshallah take provinces and the country to the rightful destination of peace, progress and prosperity,” he added.

Later, addressing tribal elders, former judges, lawyers and members of the civil society in the provincial capital, the premier said the federal government will ensure that peace and prosperity returns to Balochistan.

He said that poverty and economic backwardness could be alleviated through the utilisation of natural resources. “The province is rich in natural resources. The federal government will assist chief minister Balochistan for the uplift of the people,” he added.

The premier said a system of local bodies will be initiated in the province. He reiterated that Pakistan is under debt because of corruption, adding that corrupt practices must be eliminated if development is to be achieved.

The premier will also chair a meeting on the development projects of Balochistan and meet members of the provincial cabinet. He would also meet parliamentarians and representatives of the civil society.

With additional information from APP and Radio Pakistan