Punjab to shut down polluting brick kilns from October 27

Punjab to shut down polluting brick kilns from October 27 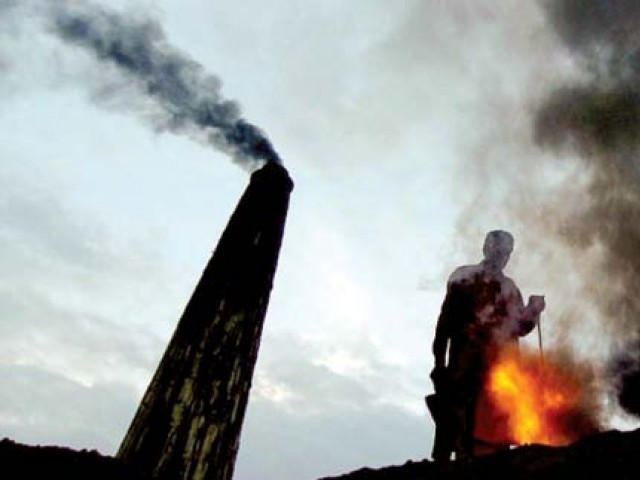 The DCO warned the kiln owners of strict action if they were found usurping the rights of the workers. PHOTO: FILE.

LAHORE: The Punjab government on Monday decided to shut down all brick kilns polluting the air which have not adopted the prescribed technology from October 27.

The decision has been taken in a meeting presided over by Smog Commission Chairman Dr Pervaiz Hasan.

Previously, it was decided to shut down brick kilns from October 20 but the date was moved forward to October 27 after a request from the Brick Kiln Association (BKA) members, as well as, consultation with Adviser to Prime Minister on Climate Change Amin Akram Khan.

The commission has asked owners to convert their brick kilns to new zigzag technology.

The commission made the decision in view of the weather information and data provided by the Pakistan Meteorological Department (PMD) and Space and Upper Atmosphere Research Commission (Suparco).

Moreover, it is also decided in the huddle that substandard fuel being used in brick kilns would also not be tolerated.

Owners are advised to take steps to convert their brick kilns to new zigzag technology.

It was highlighted that the ban would only be imposed on brick kilns using old technology and those which have already been converted to new zigzag technology would be exempt from the ban.

The government also imposed Section 144 from October 1 on burning of substandard fuel, including plastic, garbage, polythene bags, and tyres and announced taking stern action against violators.

The factory owners have also been warned that action under Section 144 will be taken if they have not installed smoke controlling equipment in their factories.

The BKA representatives and officials of the Environment Protection Department also attended the meeting.

Speaking to The Express Tribune, Brick Kiln Owners Association of Pakistan (BKOAP) General Secretary Mehar Abdul Haq said his association supported smog commission’s decision, however, the ban should not be for a longer period and should be reviewed on a weekly basis considering weather condition.

Later on, we built model zigzag technology brick kiln in Lahore. Haq said the association is promoting this technology and conducting training sessions from its own resources.

“However, if the government really wanted to end pollution from brick kilns it should help owners in build new technology via a subsidy or grant,” he advised.