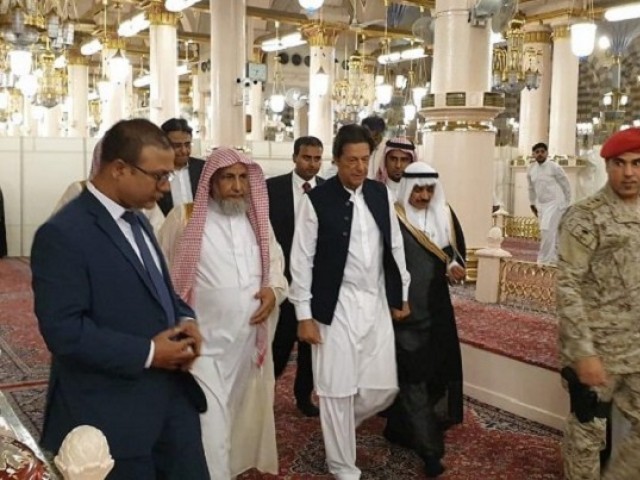 Imran has decided to visit the country exactly two weeks before the official IMF bailout negotiations are set to begin with the government. PHOTO: PTI/FILE

A month after his last visit to Saudi Arabia, Prime Minister Imran Khan is set to travel back the country with negotiations with the International Monetary Fund (IMF) for an economic bailout right around the corner, Express News reported.

The country’s premier will leave for the kingdom on October 22 with insiders saying his trip aims to find a way to avoid having to turn to the IMF for a bailout package or at least being in a stronger negotiating position.

Imran has decided to visit the country exactly two weeks before the official IMF bailout negotiations are set to begin with the government.

Sources say that the prime minister will try to woo the Saudi leadership into helping the country tackle the current financial crisis being faced.

Moreover, it is also believed that Islamabad hopes that China and Saudi Arabia would give them $5 billion.

Rumors of Imran’s visit to the Arab state began doing the rounds on October 17, when he came out saying that the government might not need to turn to the IMF.

Finance Minister Asad Umar, however, in an interview with a private news channel had said that IMF negotiations were still on.

Information Minister Fawad Chaudhry had also earlier confirmed that Imran would travel to Saudi Arabia to attend an economic conference in Riyadh.