After his latest battle with cancer­
By AFP
Published: October 16, 2018
Tweet Email 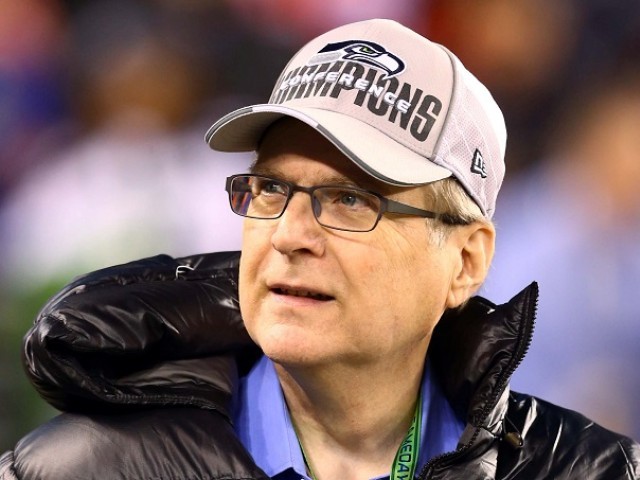 SAN FRANCISCO: Paul Allen, who founded Microsoft with Bill Gates in the 1970s and later went on to become an investor, philanthropist and sports team owner, died Monday after his latest battle with cancer at age 65.

“My brother was a remarkable individual on every level. While most knew Paul Allen as a technologist and philanthropist, for us he was a much-loved brother and uncle, and an exceptional friend,” Allen’s sister Jody said in a statement announcing his death.

In recent years, Allen was known as the owner of the NFL’s Seattle Seahawks and the NBA’s Portland Trail Blazers, and part owner of the Major League Soccer team the Seattle Sounders, along with a variety of business and charitable ventures.

One of the world’s wealthiest billionaires, Allen also founded Stratolaunch Systems, which built the world’s largest plane designed as a colossal rocket-launching aircraft touted as the future of space travel.

The craft was on track for its first launch demonstration as early as 2019.

He never married and had no children.

Allen was a high school classmate of Gates in Seattle, and later, while working as a computer programmer, persuaded his friend to drop out of Harvard to create Microsoft, which became the world’s most valuable company in the 1990s.

A “heartbroken” Gates remembered Allen as “one of my oldest and dearest friends.”

“Personal computing would not have existed without him,” Gates added.

“He was fond of saying, ‘If it has the potential to do good, then we should do it.’ That’s the kind of person he was.”

Allen had left Microsoft by 1983 for health reasons but held on to shares that made up the bulk of his fortune, estimated at some $20 billion.

“All of us who had the honor of working with Paul feel an inexpressible loss today,” said a statement by Vulcan, the investment firm that managed his operations.

“He possessed a remarkable intellect and a passion to solve some of the world’s most difficult problems, with the conviction that creative thinking and new approaches could make a profound and lasting impact.”

Microsoft said Allen’s “contributions to our company, our industry and to our community are indispensable.”

“As co-founder of Microsoft, in his own quiet and persistent way, he created magical products, experiences, and institutions. And in doing so, he changed the world,” added the company’s CEO Satya Nadella.

While Gates attended Harvard, Allen studied at the University of Washington and invested heavily in research projects in his hometown of Seattle.

He invested $100 million to found the Allen Institute for Brain Science in 2003.

In the world of sports, Allen in 1988 bought the Trail Blazers, taking the team to the NBA finals twice.

“As one of the longest-tenured owners in the NBA, Paul brought a sense of discovery and vision to every league matter large and small.”

He was also credited with putting Seattle on the map for the NFL.

“Paul Allen was the driving force behind keeping the NFL in the Pacific Northwest,” NFL commissioner Roger Goodell said in a statement.

“His vision led to the construction of CenturyLink Field and the building of a team that played in three Super Bowls, winning the championship in Super Bowl XLVIII.”

His personal charitable foundation gave to a diverse array of causes, including anti-poaching initiatives in Africa, climate and energy research, and projects on homelessness, as well as the arts and culture.

Microsoft flags dangers to EU of plans to limit data use

“His legacy lives on via his incredible work as a philanthropist and investor,” he added.

Amazon, Blue Origin and The Washington Post owner Jeff Bezos said Allen’s “passion for invention and pushing forward inspired so many. He was relentless to the end.”

In his 2011 memoir “Idea Man,” Allen described a somewhat stormy relationship with Gates in the early days of Microsoft.

Allen wrote that he had expected a 50-50 split in the new company, but Gates insisted on taking 60 per cent, and later raised it to 64 per cent, claiming that Gates schemed to “rip me off.”

He played guitar since he was a teenager and played for a blues-rock album with his group the Underthinkers in 2013 that was reviewed by Rolling Stone, which said Allen “curls some twang and grit into the blues-rock track.”