Children drowning in 'digital diet of pizza and sweets'

Children drowning in 'digital diet of pizza and sweets' 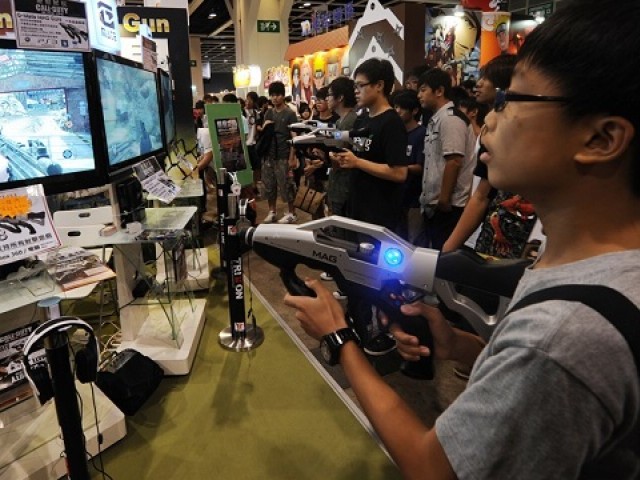 CANNES, FRANCE: Children are being swamped by the visual equivalent of “pizza and sweets” in “a digital Wild Wild West”, some of the world’s top kids television programme-makers have warned.

With YouTube replacing Disney as the most-loved brand among young children in the US, and streaming giants encouraging binge viewing, a whole generation risk being brought up on cultural junk food, they say.

Public service broadcasters like Britain’s BBC and PBS in the US are some of the last ramparts “looking out for kids and parents” in an industry where Internet giants and toy and games makers increasingly hold sway, a gathering of top executives at Cannes on the French Riviera heard this weekend.

Apple says it is monitoring Infowars app for content violations

Several speakers at the MIPJunior, the world’s top children’s entertainment market, warned that kids’ welfare is being risked by their exposure to unsuitable content and “algorithms run for maximum profit”.

The debate comes as US President Donald Trump is threatening to slash the PBS budget and the France 4 children’s channel is being controversially forced online by the French government despite research showing eight out of 10 children still mostly watch TV.

Alice Webb, the head of the BBC’s network of children channels and online content, said YouTube’s “incredible popularity with children raised a huge debate which is only just beginning about screen time and how safe or appropriate different platforms are.”

YouTube, she declared, “is not a platform for the under 13s.”

Last year, Webb told AFP that with many children effectively being “babysat in front of screens,” the tech and entertainment industries needed to take a hard look at their impact on young minds.

“We need to have this conversation now because we don’t want to be saying to ourselves in 10 years’ time, ‘What did we do to our children?'”

Luca Milano, of Italy’s Rai Kids network, said public service broadcasters were key in holding the line to keep children safe and ensure they are not exploited.

“Without them, children would not be exposed to anything like as much original or world expanding educational content,” he said, citing Rai’s ground-breaking new miniseries “Jams” — the first kids show to tackle sexual harassment — and its animated drama “Andra and Tati” about two sisters who survive Auschwitz.

“If you want children to love vegetables, it is very difficult to do so if all they are surrounded by is pizza and sweets,” she said.

Never has it been more important to have a “safe space for wholesome content” in an environment that “feels like a digital Wild Wild West”, said the BBC’s children’s animation chief Jackie Edwards.

Her boss Webb insisted that as well setting standards for quality, public broadcasters “provide some sort of balance to the echo chambers we see in the digital world.

“When you search for one thing, you find more and more of the same thing…. so we are there to keep the breadth, space, the possibility, and the originality,” she said.

“It is not my job to point fingers, but there are many shows that will never get made (commercially) because they do not have a toy associated with them.”

The BBC is planning to spend a quarter of its children’s budget on digital, she said, including its new mobile app CBBC Buzz, which she compared to a “modern version of loo roll and a paintbrush, encouraging them to get creative.”

However, Webb said the broadcaster was going to produce fewer shows but “do them bigger so they can cut through and make a greater impact” in the cluttered digital world.

“It is about making sure really important shows are seen by children,” she said.