The goods of the encroa­chers will be confis­cated beside­s imposi­ng heavy fines on them
By APP
Published: October 15, 2018
Tweet Email 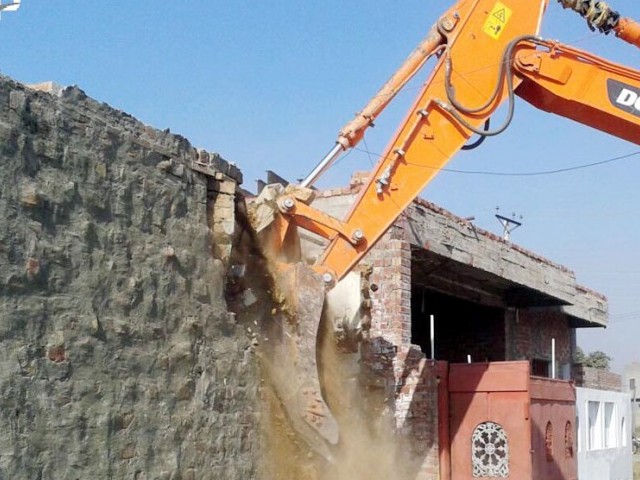 RAWALPINDI: Rawalpindi Municipal Corporation and Chaklala Cantonment Boards (CCB) will launch a grand anti-encroachment operation on Monday as final notices on the directives of Lahore High Court (LHC) were issued to the encroachers. They were instructed to remove the encroachments on their own within three days otherwise strict action in accordance with the law would be taken. Rawalpindi Cantonment Board (RCB) Spokesman Qasir Mahmood upon the directives of the LHC, informed that the board about the decision taken. Rawalpindi bench issued noticed to the rule violators

The grand anti encroachment operation will launch, and action will be taken against the rule violators. The goods of the encroachers will be confiscated besides imposing heavy fines on them. No leniency would be given to anyone, he added.