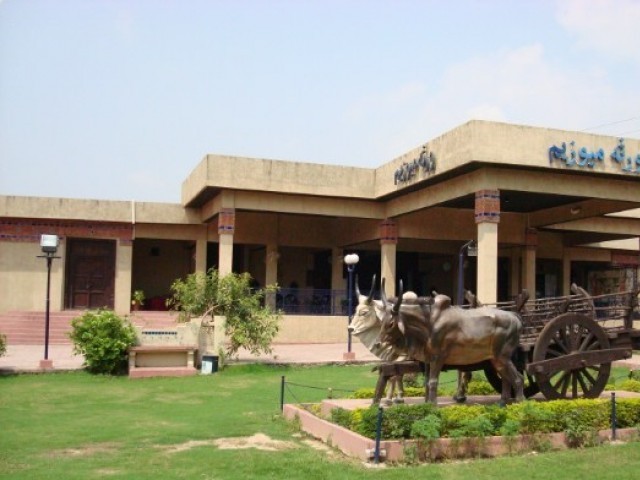 ISLAMABAD: Minister for Information and Broadcasting, Chaudhry Fawad Hussain Friday directed the Lok Virsa authorities to develop a substantial plan for concrete measures to preserve and document the dying arts in Pakistan. Speaking at a briefing during his visit to Lok Virsa he said that the preservation of dying art was imperative to promote indigenous culture and enable the new generation to establish a connection with the nation’s history and cultural heritage.

He added that Pakistan had a distinct and unique culture and the government would continue to facilitate its promotion by coordinating at both federal and provincial levels.

He also emphasised the need to reach out to the local artists at every corner of the country, with a view to encourage and engage them by providing avenues to exhibit their art work and performances.

He directed Lok Virsa to devise a programme for holding a competition among local artists and provide them with opportunities to excel and get recognition at the national level.

The Lok Virsa Executive Director briefed the Minister about the holding of the annual Lok Mela festival. The minister appreciating the event as a great source of festivity and creative expression proposed that all the provinces should celebrate cultural week at Lok Virsa by displaying their diverse art, music and handiwork.

He said that such events and festivals should be held more frequently so that artists from all parts of the country could get more chances to perform and exhibit their work.

The Minister directed the management to consolidate their proposal by establishing a liaison with the provincial cultural departments in regards to holding a three-day Lok Mela in provincial capitals of the country.

Chaudhry Fawad Hussain also underlined the need to strengthen marketing and sales section of Lok Virsa with a view to make it a profit earning and self-sustaining institute. Earlier, the minister on arrival visited the Lok Virsa Museum and witnessed its various sections.