All talk no cash: Community schools left without funds

All talk no cash: Community schools left without funds 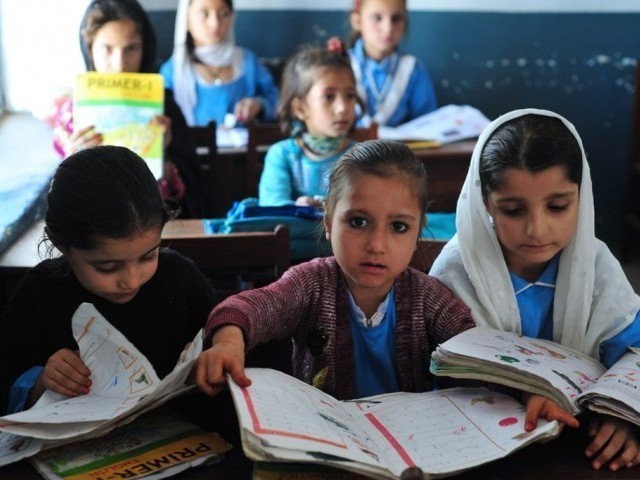 ISLAMABAD: Basic Education Community Schools (BECS) a controlling authority of community school system is facing numerous problems due to lack of funds which is affecting the students’ studies and teacher training.

Due to deficiency of funds, the employees were facing many issues including pending salaries, hurdle in teachers training and dropout of children in schools.

BECS Deputy Director Riaz Ahmad Jan said that in a meeting held here recently, the minister for education has assured the BECS employees their issues willbe resolved in one month.

BECS is facing shortage of funds for its 12,304 community based schools across the country due to allocation of funds less than the demand, he added.

The previous government, he said had allocated an amount of Rs1,200 million for various development and operational projects of BECS under Public Sector Development Programme (PSDP), 2018-19 against the demand of Rs1,824 million by the BECS.

He said that BECS had demanded Rs1,824 million to fulfill its needs and the previous government made cut of Rs624 million on the demand.

He said to shortage of funds is affecting the process of teachers’ honorarium, utility charges, learning material, textbooks and other projects.

He said that as many as 12,304 teachers were providing education to around 454,529 boys and girls students in 12,304 community schools across the country.

Sharing the details of current students, he said that as many as 261,158 females were getting education from the community based schools working under control of BECS.

He told this scribe that around 248 community schools of BECS were working in the Islamabad Capital Territory (ICT) in which a total of 9,369 students had been enrolled. Out of the said total number 4,466 boys and 4,903 girls were taking benefit from these community schools of ICT, he added.

Each school has one teacher who is providing education to students through multi-grading teaching system in far-flung areas of the country.

He also shared that BECS in collaboration with American Refugee Committee (ARC) had launched an initiative with an aim to educate around one million children at primary level in the country.

An organisation “Education Above All” from Qatar was also supporting the project, he added.

In this regard, he said an agreement had also been signed between the ARC and Directorate of BECS recently to promote primary education.

According to the agreement, around 150,000 children would also be enrolled in the community schools working under BECS across the country, he said.

He said Qatar was supporting this project with an aim to educate each and every child till primary level, adding; Qatar is among one of those countries with whom Pakistan was enjoying cordial relations.