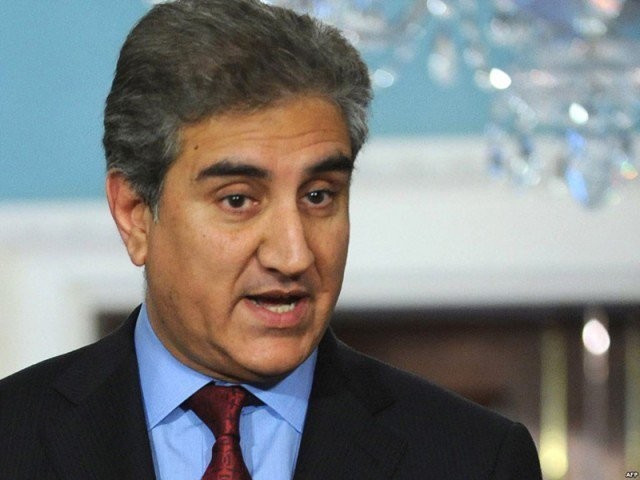 Foreign minister says peace is inevitable for the promotion of global trade and development. PHOTO: FILE

Foreign Minister Shah Mehmood Qureshi has said that Pakistan is determined to play a vibrant role for mutual cooperation among the SCO member states.

The top Pakistani diplomat, while addressing Shanghai Cooperation Organisation Council of Heads of government meeting in Dushanbe on Friday, said that peace is inevitable for the promotion of global trade and development.

He emphasised on increased mutual cooperation among SCO nations to achieve the cherished goals of peace, progress and prosperity, Radio Pakistan reported.

Addressing the 17th session of the SCO Council of Heads of Government, the FM said that Pakistan supports the SCO Contact Group and that #Pakistan is ready to play its role in enhancing trade relations between the #SCO member countries. #pak4regionalconnectivity

The meeting took place on the sidelines of 17th Meeting of the SCO Council of Heads of Government, in the Tajik capital.

Pakistan was one of the first countries which recognised Tajikistan after its independence, Foreign Office Spokesman Muhammad Faisal said on Twitter.

FM had a meeting with the Tajik President. Exchanged views on regional and international issues. Pakistan was one of the first countries, which recognized Tajikistan after its independence. #PakTajikFriendship

On Thursday, Foreign Minister Qureshi met Tajik Premier Kokhir Rasulzoda and discussed ways to strengthen and enhance cooperation in the area of trade and investments.

Pakistan, along with India, became a full SCO member in June 2017. The SCO was founded at a summit in Shanghai in 2001 by the presidents of Russia, China, Kyrgyz Republic, Kazakhstan, Tajikistan and Uzbekistan.