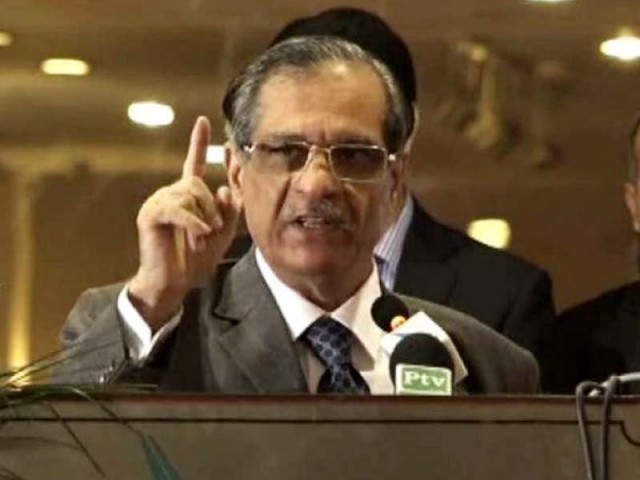 Chief Justice Saqib Nisar on Friday said the time had come for judges to be held accountable, reported Express News.

The top judge made the comment while hearing a case pertaining to rules governing the subordinate judiciary of the Lahore High Court (LHC). The bench comprised Justice Umar Ata Bandial and Justice Ijazul Ahsan.

Justice Nisar expressed confidence in the Supreme Judicial Council (SJC) and stressed upon the accountability of judges. He said the masses yearned for justice and complained the courts were not performing to their full potential.

He remarked that all those who sought privileges will now be questioned over their performance. “Those who do not work will be held accountable.”

In a separate hearing, the top judge questioned LHC’s performance and recalled a hearing where a single-bench judge of Muzaffargarh had revealed deciding only 22 cases in a month while a bench of the SC had decided at least 7, 000 cases.

Justice Nisar observed that the LHC had failed to uphold its responsibilities. “Have they reviewed cases filed in the high court?” he asked and summoned LHC registrar.

Zainab murder case: Imran Ali to be executed on Oct 17