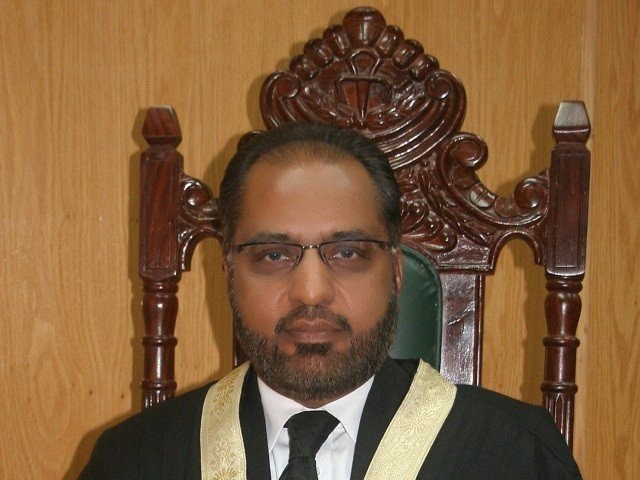 The council unanimously opined that while delivering the speech before the District Bar Association in Rawalpindi on July 21, Justice Shaukat Aziz Siddiqui, an IHC judge, displayed a conduct unbecoming of a high court judge. 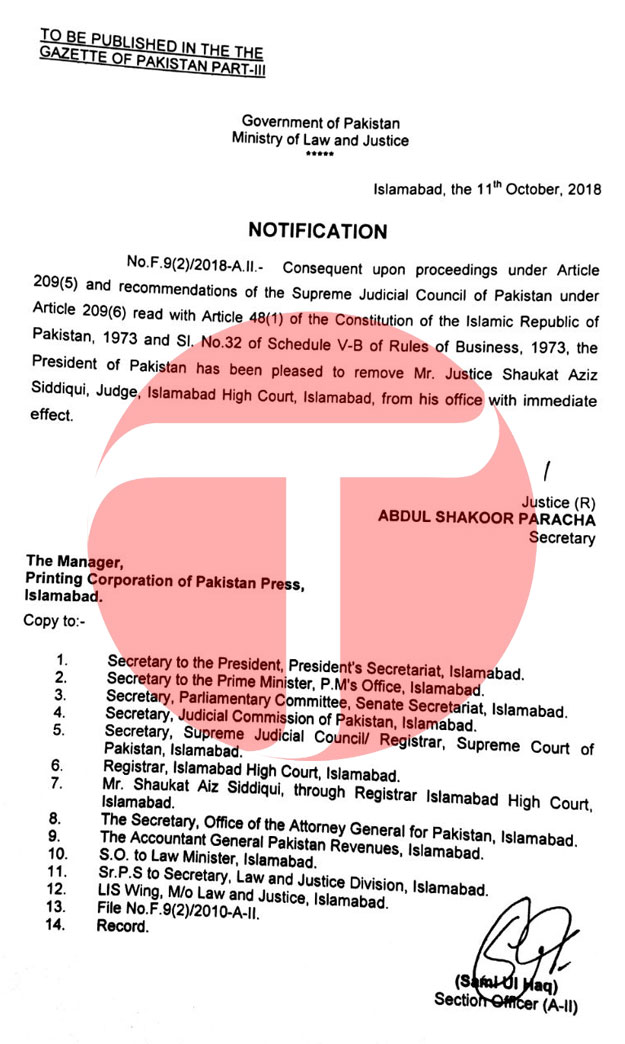 Terming Siddiqui of guilty of misconduct, it stated that therefore, he was liable to be removed from his office under Article 209 (6) of the Constitution.

This was the opinion of the five members of the SJC, led by Chief Justice of Pakistan Mian Saqib Nisar.

It is learnt that the 37-page report, recommending the IHC judge’s removal, was authored by the Supreme Court’s senior most judge, Justice Asif Saeed Khosa.

The report stated that the IHC judge violated Clauses 2, 3, 5 and 9 of the Judges’ Code of Conduct, in addition to violating other norms and traditions.

Justice Khosa said that the judge in question chose to address a meeting of the district bar association, Rawalpindi on July 21 at a time when many inquiries were pending against him before the SJC under Article 209.

In his speech, Siddiqui had accused the Inter-Services Intelligence (ISI) of manipulating judicial proceedings, especially in the Panamagate case.

The council had served a show-cause notice on him, asking him to submit a reply to explain his allegations.

In the first one, he raised a legal objection on the SJC inquiry while in the second reply, he responded on factual issues. 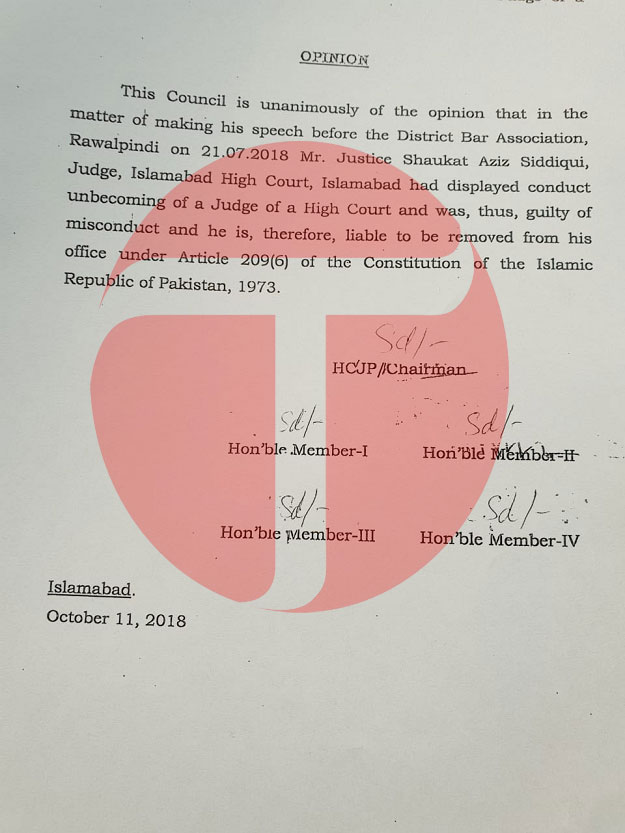 According to sources, Justice Siddiqui mainly narrated his two meetings with a ‘senior official’ at his residence to establish his claim about the manipulation of judicial proceedings.

According to the reply, the IHC judge met with a government official in June and July this year.

IHC’s Chief Justice Anwar Kasi already denied Justice Siddiqui’s allegations suggesting that some ISI official had approached IHC’s top judge and asked him not to let former premier Nawaz Sharif out of prison before the general election and exclude Siddiqui on the bench.

The council conducted a hearing on the matter in October this year. This hearing lasted over more than three hours.

After, 1970, this is the first time the SJC recommended the removal of a high court judge. Most judges opted to tender their resignations to avoid an SJC inquiry. However, Justice Siddiqui opted to face charges of misconduct and three cases were registered against him in the SJC.

It is learnt that Justice Siddiqui is considering filing a constitutional petition under Article 184(3) of the Constitution, challenging the SJC opinion.