Contra­ctors threat­ened to stop supply­ing meat if the matter is not resolv­ed with a week
By Our Correspondent
Published: October 12, 2018
Tweet Email 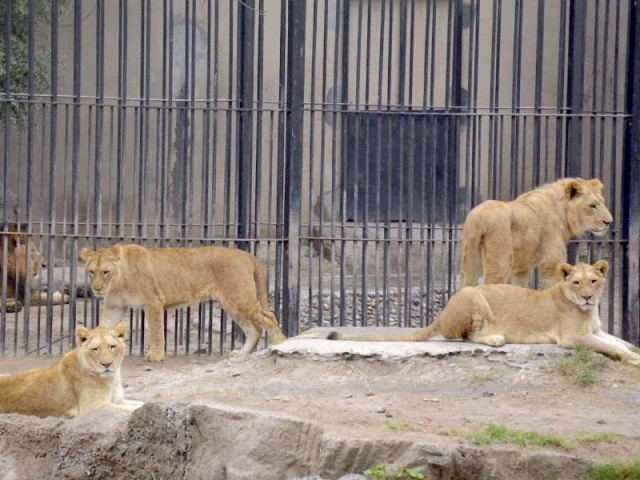 LAHORE: Contractors responsible for supplying meat to various zoos across the province have halted their services due to the fact that the Punjab Wildlife Protection Department has not paid them for the past four months.

Contractors claimed that they have not been paid by the department since June. This has manifested itself in several arguments with the administration at Safari Park and Lahore Zoo.

“Every day we supply meat costing millions of rupees to the animals at the zoos. Because we have not been paid, it has become difficult for us to pay our employees,” revealed one of the contractors.

If this matter is not resolved within a week, contractors will stop supplying meat to all the zoos in the province, he stated.

In his opinion, the reason for the delay is the fact that posts of the secretary and director general at the department are vacant.

The budget that was presented in June was only approved a few days ago after the agriculture secretary took over additional charge of the Punjab Wildlife Protection Department. However, funds cannot be released without the approval of the director general.

Sources maintained that the deputy director headquarters had written a letter to the secretary over the matter, requesting him to immediately grant approval for releasing funds. Further, the letter also requested the authority to issue orders to appoint a director general for the wildlife department.