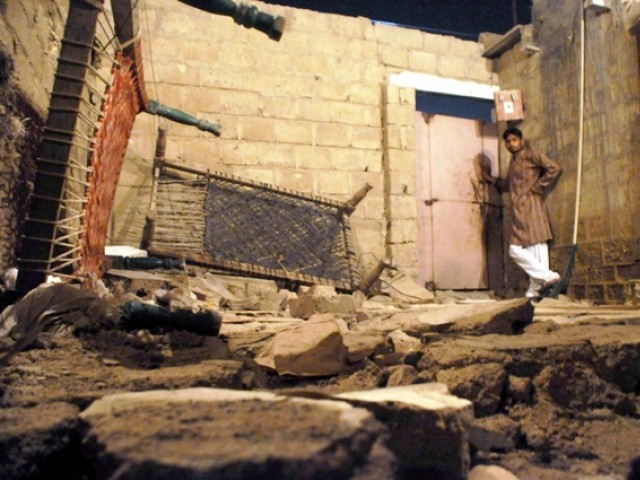 HYDERABAD: A tragedy descended on a village in Sukkur, turning on the spur of the moment a span of frolic into a lifelong grief for many. Eleven children playing outside a katcha house in village Ghulam Sarwar Shambani were buried by a muddy outer wall of the house which fell over them during their moments of amusement.

A total of eight children were pulled out dead while one later died en route to the hospital in Rohri, where two injured children have been admitted. Seven girls and two boys, including two pairs of five siblings, have been killed in the tragic collapse.

“We [adults of the families] were in the fields engaged in cotton picking when the incident occurred,” Jawan Shambani, a family member, said. According to him, the children were seen playing along the outer wall of the house, which belongs to Samo Shambani, before the wall fell over them.

The local villagers helped rescue the children and later shifted them to the taluka hospital, Saleh Patt. Due to the lack of facilities, three children were referred to the government hospital in Rohri. One of them died on the way.

Daud Shambani said that the house’s outer wall was around one and a half feet wide and over eight feet high. Sindh Chief Minister Syed Murad Ali Shah has ordered Sukkur Commissioner to submit an inquiry report of the tragic incident.

The villagers held a protest outside Saleh Patt taluka hospital complaining of the lack of medical facilities. They said that the life of 12-year-old Razia could have been saved with timely medical treatment.

The local elected representatives and government officials visited the village after the incident and condoled with the families. The deceased will be laid to rest in a joint funeral in a village in the neighbouring Khairpur District.