Pakistan asked to produce 30% of power from renewable sources

Pakistan asked to produce 30% of power from renewable sources 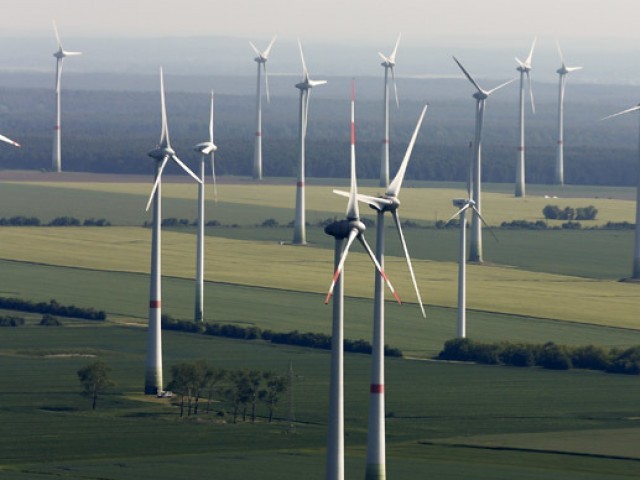 KARACHI: Pakistan should set the target of generating at least 30% of electricity from renewable energy resources in the next five to seven years as this is the only way for the country to tackle its power crisis which is expected to exacerbate with depleting hydrocarbon reserves and increasing fuel costs.

“This is the current global trend as everyone concerned in the outside world including international agencies and donors are ready to fully support us,” he said. “So, there is no other viable option for us apart from working to develop and expand our renewable energy sector.”

He said Pakistan had to increase its reliance on renewable energy for power generation as, at present, indigenous resources of natural gas accounted for 24% of electricity produced in the country. “An alternative had to be found to replace the fast depleting gas resources,” he added.

He pointed out that up to 63% of RLNG, which was being brought into the energy system of the country, was being used for power generation.

The AEDB chief stressed that power generation on the basis of RLNG was not a feasible option from the consumer point of view because the electricity produced had a higher tariff of up to Rs9.02 per kilowatt-hour.

Engineers stress the need to use hydropower energy

“Alternative sources of energy are the most viable option on the basis of which electricity is being generated all over the world with the lowest tariff for maximum economic benefit of the consumers,” Awan said. He revealed that countries like Germany and Denmark are generating over 60% of their electricity from alternative means.