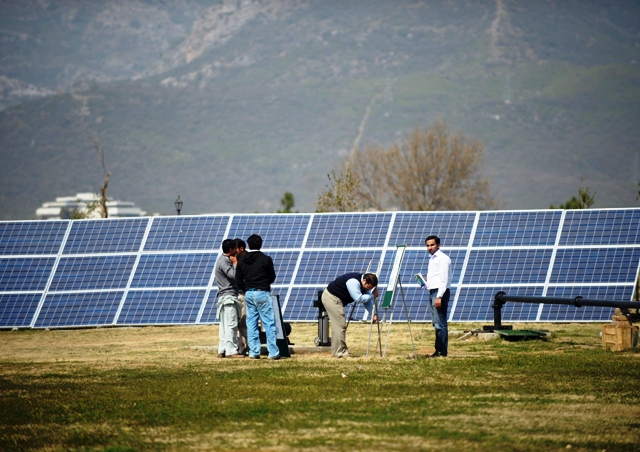 KARACHI: Sindh Energy Minister Imtiaz Ahmed Shaikh said the department wanted Sindh to be an energy surplus province and all alternative energy resources, such as solar, wind and bio-gas to be utilised.

The energy department has decided to provide three kilowatts packages in the initial year to 248 child care centres, dispensaries and maternity homes to provide first aid in 10 districts due to long power cuts in the areas. “In addition to this, 220 small household bio-gas plants will also be installed on an experimental basis in rural areas in the coming year,” said Shaikh on Monday.

The minister was also briefed by the alternative energy department director about the rural off-grid electrification consultative workshop with the stakeholders under the support of the World Bank to be held on October 3 this year. The minister said that it was the Sindh government’s target to provide 20,000 households with solar packages in rural areas that are off-grid.