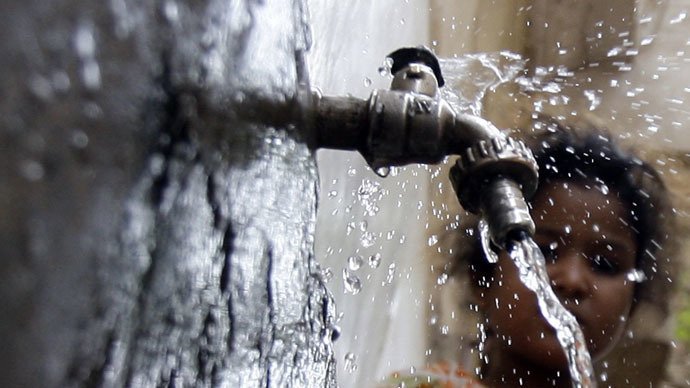 Five mornings a week, Saima Azeem helps her children wash and prepare for school. But this week has been different: She has had to use her few bottles of drinking water to get them ready.

“It’s been a difficult morning. I’ll have to schedule my chores according to the new water supply timing,” the mother of four told Reuters.

Lahore relies on groundwater to fill its taps but groundwater levels are now falling at a rate of about 0.7 to 0.9 metres a year, according to WWF-Pakistan. The water table in the centre of the city is now 40 metres down and is expected to fall below 70 metres by 2025, WWF researchers noted in 2017.

“If the trend continues the situation will become even worse by 2040,” they predicted.

To try to avoid a crisis, the Water and Sanitation Agency (WASA) on Tuesday began turning off the city’s 700,000 water connections for 12 out of each 24 hours. Users will now get water from approximately 4am to 9am, noon to 2pm and 5pm to 10pm, officials said.

The water agency also increased water tariffs by about 20% for households and about 400% for commercial users. Previously, water prices had been frozen since 2004.

Disconnection notices have been sent to another 290 petrol stations as well, said Zahid Aziz, the agency’s managing director who is supervising the campaign. Under the new policy, car washes should take no more than 100 litres of water per car.

Currently, a typical car wash might use twice that much, Muhammad Aslam, a car wash worker, told Reuters. Aziz said the changes were aimed at encouraging water conservation in a city where waste is common.

A petition filed by a lawyer and being heard before the Lahore High Court, for instance, seeks to stop the city using 30,500 litres of water each day to wash its streets.

“Fresh underground water is a precious resource, which we can’t allow anyone to misuse,” Aziz told reporters. “The agency is working on various projects to conserve water as well as to replace underground water with surface water” that will be run through a filtering plant, he said.

He said the new water agency rules are a reasonable move, aimed at shoring up Lahore’s water security. “Everywhere in the world, sensible city managers have imposed sensible rules and regulations on the use and disposal of water,” he said.

“What WASA is asking service stations to do is correct, as it owns the groundwater,” Alam told Reuters.

Among new conservation measures being put in place, the agency has asked the city’s parks authority to recycle used ablution water from the city’s mosques to water parks and green strips along city roads.

Currently the parks authority “needlessly uses drinking water for horticulture when it could be responsible and use recycled water from mosques,” Alam said.

He said the new water restrictions and changes were causing an outcry among some car wash owners but were necessary “as they’re shaking up the status quo and challenging our wasteful habits”.

Some water users — such as Azeem — said they can see the days of water waste need to end.

“When you get something uninterrupted, you are not cautious about its worth,” she said – just as water began flowing through her dry tap again.