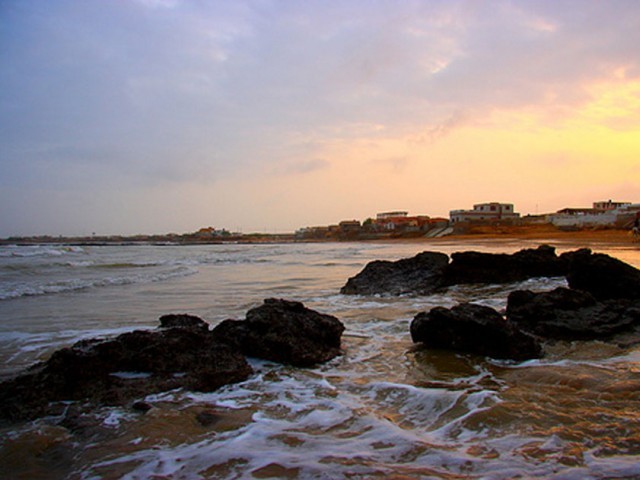 KARACHI  : A foul smell has engulfed many localities of the port city since Tuesday night. Many on social media were confused and wondered where the smell originated from.
World Wide Fund (WWF) Pakistan adviser Mohammad Moazzam Khan said that the stench emanates from the rotting of phytoplankton plant that washes ashore at the end of the monsoon season.

No funds for offal disposal in Karachi’s most-populated district

“These plants often change the colour of the sea and turn it green,” said Khan, adding that these plants can be poisonous and often lead to an increased mortality rate in marine life.
“Noctiluca Scintillans, also known as Sea Sparkle is part of the phytoplankton group that comes to the shore and dies. When they rot onshore, it emits a foul smell for a few hours, which may even last for a couple of days.”
According to a press statement from WWF-Pakistan, planktonic dinoflagellate is commonly found along Pakistan’s coast and is known to form large blooms, especially during pre-monsoon, April to May, and post-monsoon, September. A large bloom of this phytoplankton was present in the northern Arabian Sea during September, as reported by observers posted by WWF-Pakistan on fishing vessels. The end of the monsoon season and changes in currents and wind patterns during the last few days have resulted in beaching and collapse of this bloom on the coast. This resulted in the spread of a decaying seaweed smell in the city.

A similar foul smell spread in Karachi on May 31, because of the collapse of a similar bloom, Noctiluca scintillans. According to Khan, the bloom of Noctiluca scintillans occurs at least twice a year. However, in some years, the intensity of such bloom increases substantially and results in fish mortality in some cases.
However, Karachi University Institute of Environmental Sciences Prof Dr Amir Alamgir stated that the reason behind the stench needs to be investigated.
“Increasing pollution levels and burning of solid waste contaminates the air, which may emit such a smell,” said Alamgir, as KU Marine Science Department professor Dr Jamal Siddiqi endorsed his call for research.
Director of Met Office, Dr Abdul Rashid, remarked that the authority is only responsible for monitoring weather changes and therefore not in a position to comment. The Sindh Environmental Protection Agency was not available for comment.