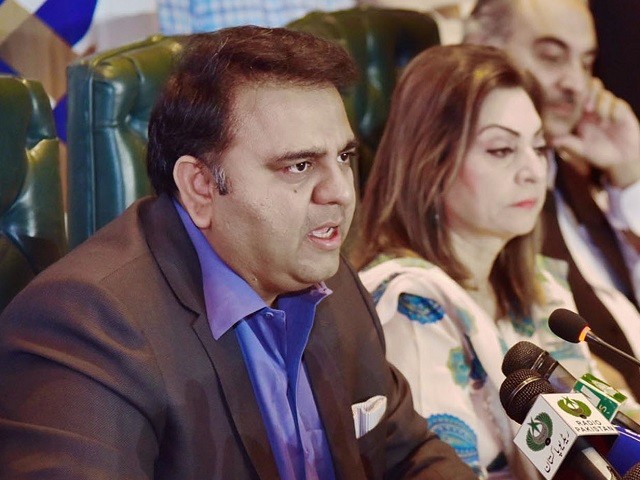 Fawad Chaudhry insists such tough decisions will steer the country out of current quagmire. PHOTO: PPI

ISLAMABAD: Federal Minister for Information and Broadcasting Fawad Chaudhry on Tuesday strongly defended the government’s move to approach the International Monetary Fund (IMF) for a bailout package, insisting such tough decisions will steer the country out of current quagmire.

Speaking at a function held in the federal capital to observe World Post Day, which is being celebrated across the world on October 9, the federal minister accused the previous Pakistan Muslim League (PML-N) government for destroying all national institutions.

Chaudhry recalled that the country’s foreign debt stood at just Rs6,000 billion in 2008 but reached Rs28,000 billion during the last ten years.

Referring to the government’s decision to go to IMF, he said the country presently has foreign exchange reserves just to cover imports worth one and a half month. He said the country had to pay back loans worth $8 billion this year.

Fawad Chaudhry said that reforms would be introduced in all institutions to help these become self-sufficient. He said the people were bearing the burden of losses incurred to the national exchequer by these institutions.

He claimed that former railways minister Khawja Saad Rafiq accommodated 8,000 people in Paksitan Railway despite the fact that the institution was already facing losses.

On opposition’s proposed protest, the federal minister for information insisted that despite their hue and cry the Pakistan Tehreek-e-Insaf government would continue the accountability process against the corrupt elements.

He, however, said the government had no objection if the opposition requisitioned a National Assembly session to discuss the issue including the recent arrest of PML-N president Shehbaz Sharif by the National Accountability Bureau (NAB).

Hitting out at the PML-N and Pakistan Peoples Party (PPP), the minister alleged that both these parties misused the taxpayers’ money.

Speaking about transfer of Inspector General Police (IGP) Punjab Tahir Khan he said that Khan was being replaced for not abiding by the government orders. The government had also developed disagreements with Khan over some inter-departmental issues, he added.

Talking about the post office, the federal minister for Information noted that the institution was suffering the losses to the tune of Rs 7 billion. “People must know that this is what we inherited,” he said adding that the government would help all institutions to stand on their feet.