Best way to commem­orate the 13th annive­rsary of the 2005 quake is to let CSOs grow
By Sarwar Bari
Published: October 7, 2018
Tweet Email 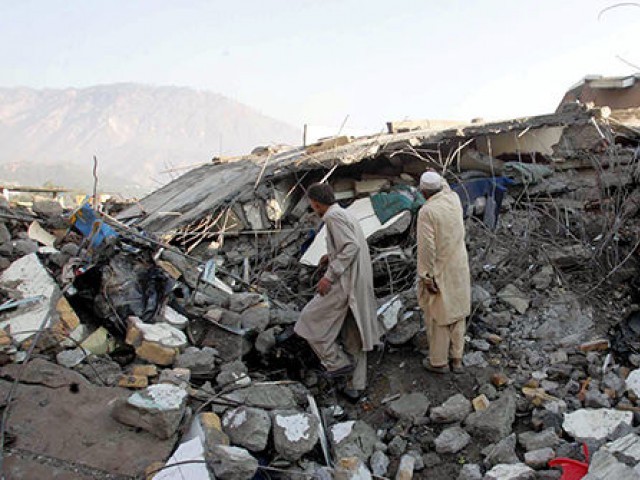 Thirteen years ago on 8th October, at 8:50 am an earthquake devastated Kashmir and other northern regions of Pakistan. Impact — killed 87,000 people, including 19,000 children who had gone to schools to study, injured about 140,000 persons, affected 500,000 households and rendered as many as 3.5 million people homeless. The affected families also lost 250,000 animals. Besides this, they were deprived of essential services that included 5,344 educational facilities, 307 health centers/hospitals, 715 government buildings and 2,393 of roads. This was an unprecedented catastrophe. The government could not have managed the aftermath on its own. It was true for the affected households too.

While today we remember victims and survivors, we must remember our own response. The energy that this disaster had generated was unprecedented. The international community’s response was outstanding. The military too played a heroic role. The tale of post disaster relief and rehabilitation remains incomplete without NGOs. Today, we need to appreciate all their services.

However, we gradually lost collectively the spirit, the energy, the selflessness, the honesty and the vigour that had done wonders in the aftermath. We also failed to harvest lessons that we had learnt in subsequent disasters. Five years later when a larger than the earthquake disaster hit us on 29 July 2010, despite establishment of institutions like the Earthquake Reconstruction and Rehabilitation Authority (ERRA), the National Disaster Management Authority (NDMA) and the PDMAs, the government’s response lacked improvement and the people had also lost the enthusiasm for volunteerism that they had shown in 2005.

In 2015, Pattan Development Organisation with which I am associated conducted a survey to assess the state and quality of recovery in the quake-affected areas. Suffice to mention here the following: (a), nearly two-third respondents said they did not build their houses according to ERRA’s quake-resistant design, and (b) 66% said their economic situation has worsened since 2005. Interestingly, ERRA’s own findings corroborate our survey trend in this regard. ERRA’s Social Impact Assessment Report 2009 reveals that 40% of the affected households didn’t follow its model. Therefore, it may be argued that as the time passed compliance with quake- resistant design diminished.

Furthermore, despite availability of funds and needs not a single house has been built in 13 years in the New Balakot City. According to ERRA’s website, out of 320 only 221 (69%) health units, and out of 5,723, only 3,224 (56.3%) educational facilities have been reconstructed in 13 years. This is indeed not an impressive performance. If one examines tender notices being displayed on its website, since 1st October 2015 ERRA announced about 40 tenders. Only seven are about reconstruction, while 31 related to ERRA’s headquarter maintenance and up-grading (works, etc).

No wonder the chief justice took a suo-motu notice to probe the alleged embezzlement of $5 billion provided by the international community for the construction of New Balakot City and King Abdullah Teaching Hospital in Mansehra. After a month on 24th April, the CJ visited the affected area. Reportedly during the hearing and the visit he had to reprimand ERRA officials too for their slackness.

Regarding the NDMA, pleasantly you would find very useful information, high quality training manuals, fantastic plans, useful links and reports on its website. But as you visit websites of provinces and districts authorities, you don’t even find one-tenth of that. Further down at union council and community levels one finds no signs of the claims made by the top institutions.

This reminds me the title of a publication of the (GNDR) Global Network of Civil Society Organisations for Disaster Reduction [Too] “Many clouds, but little rain…” Rain is not possible without clouds, but clouds can’t guarantee rain always. They can only generate hope. But policies, plans must not just create hope. They must deliver and trickle down. And this is not possible without efficient and well-equipped institutions. Hence, there is an urgent need to take optimum benefit of the efforts of the top institutions like the NDMA. The institutions could ultimately lose their relevance and disappear should they fail to make an impact at the grassroots level. In the last eight years though provincial DMAs have been established, most districts have failed to form their respective management structures. As a result, the NDMA’s work is stuck in the middle.

Under the National Disaster Management Act of 2010, the formation of disaster management structures is must at district level and the role of union councillors is being acknowledged. However, local government Acts of provinces are about the role of local councils in DRR. The PTI government should make sure that while it is drafting a new local government bill, disaster risk reduction and management is made an integral part of the new LG Act. The law must bind local councils to set up disaster risk reduction and management units at each tier of local governance. This will align the LG law with the National Disaster Management Act of 2010.

While strengthening of local councils is essential, the pivotal role of NGOs in disaster risk reduction and response must be acknowledged. I remember the collaborative response of women councillors and Pattan staff when thousands of families were displaced from Malakand in the aftermath of the military operation against the Taliban in 2009. They together identified hundreds of host homes, prepared their lists and allocated homes to the displaced families. They also set up a women facilitation centre for displaced women. This was done without donor funding.

In the aftermath of most disasters, the role of NGOs was not only huge but non-partisan. Many studies establish this fact. Our survey research also informs this: as many as 28% respondents said they received relief assistance from NGOs, while 22% and 20% mentioned military and government officials respectively, only 4% mentioned religious groups. Responses on the question — who worked with you honestly and on merit, 39% mentioned NGOs, followed by military (33%), the confidence in government officials and religious parties dropped to 8% and 3%, respectively.

This is not peculiar to Pakistan, the world over, the role of NGOs in disaster risk reduction and response is being acknowledged by the UN, policy-makers, scholars and most states. However, since 2013 in Pakistan the space for NGOs has been curtailed enormously. Just imagine duly registered NGOs in Pakistan have to get the ‘No- Objection-Certificate’ (NOC) for each project.

Just consider. What will happen should another mega disaster hit our people? How will Pakistan achieve the Sendai Framework for Disaster Risk Reduction objectives and how it will achieve SDGs’ targets while proactively damaging the strengths and the outreach of NGOs? The best way to commemorate the 13th anniversary of the 2005 quake is to let CSOs grow so that they could continue building resilience of vulnerable communities.

Not so secret fund