Number of CCTV camera­s will be increa­sed at the state-run Allied Hospit­als of Rawalp­indi
By Our Correspondent
Published: October 5, 2018
Tweet Email 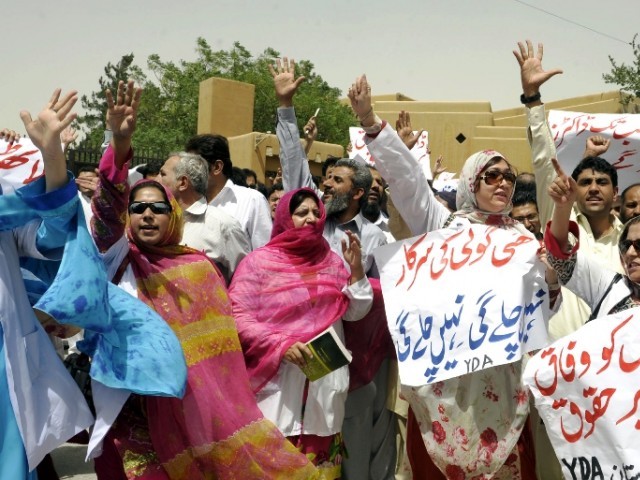 RAWALPINDI: The Young Doctors Association (YDA) ended its strike at the Holy Family Hospital (HFH) on the assurance of the deputy commissioner and city police chief.

Security staff and the number of functional CCTV cameras will be increased at the state-run Allied Hospitals of Rawalpindi, DC Umer Jahangir and CPO Abbas Ahsan told YDA leaders.

The doctors’ body had called the strike in protest of the harassment of a lady doctor in Rahim Yar Khan last week. However, this week, doctors at HFH were beaten up twice by the family members of patients who had expired. The attendants had claimed that the doctors and hospital staff did not give treatment to their patients on time.

The MS of the hospital, Dr Shahzad Ahmed, administrative officers and YDA leadership participated in the talks held at the Holy family hospital.

Budget to come up to people’s expectations: Punjab CM