Children’s Day seminar: ‘Boys and girls should be treated equally’

Children’s Day seminar: ‘Boys and girls should be treated equally’ 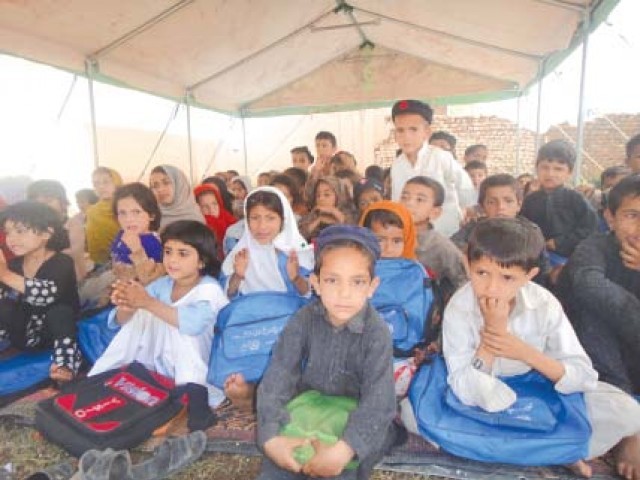 There is a dire need for people to change their attitude towards gender discrimination.

“There is a dire need for people to change their attitude towards gender discrimination,” Naeema Malik, the Junior Leaders’ Conference programme coordinator, said on Friday.

The conference has been organised as a part of a national campaign by the We Can End All Violence Against Women, also called the We Can campaign, and the South Asia Partnership-Pakistan (SAP-PK), to mark the International Children’s Day.

The two-day conference, arranged at Hospitality Inn Hotel, formerly Holiday Inn, started on Friday and was attended by teachers and students from 41 districts across Pakistan.

The seminar highlighted the need for elimination of discrimination between boys and girls.

Malik said that the main objective of organising the seminar was to spread awareness among teachers and parents about the need for better communication with children and how it affected them.

The seminar speakers compared the state of gender discrimination among children in Pakistan with several South Asian countries. Programme Officer Ashir gave a presentation about importance of parents being good listerners.

He said, “It’s important for parents to listen to their children. Most successful people in the world are excellent listeners.” He said only good listeners could train children to become ones.

The presentations were followed by an interactive session among the experts and the other participants.

Hajra Pasha, the We Can campaign national coordinator, said the campaign especially focused on discrimination in rural areas. “We have to combat and eradicate this deep-rooted social curse.”

The conference brought together more than 50 students, between 12 to 16 years of age, from Khyber-Pakhtunkwa and Punjab.

Various activities to enhance leadership qualities in children were arranged during the two days. These included games, painting, sculpting and poetry recitation.

Qasim Rasheed, a teacher and a parent, said, “We believe in traditional systems of education and guidance in schools and at home. It’s time things should change. Such programmes will certainly help us do that, especially in underdeveloped areas.”

Saira, a teacher, said, “The teaching technique should be revised.

The second session of the conference will be held in July. It will have students and teachers from Sindh and Balochistan. That would then be followed by a national conference.