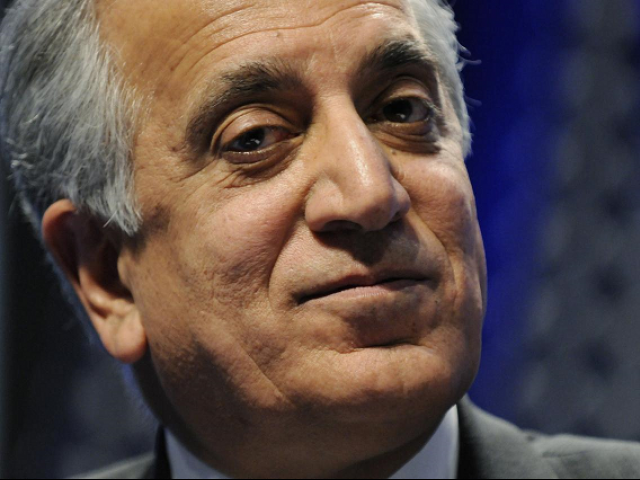 The delegation will be visiting the region from October 4-14. PHOTO: REUTERS

The United States Special Envoy for Afghanistan Zalmay Khalilzad will visit Afghanistan and Pakistan on October 4 as part of continuing efforts to bring the Afghan Taliban to the negotiating table, said a US Department of State statement issued on Wednesday.

Khalilzad will lead an interagency delegation to the region and is also scheduled to visit the United Arab Emirates (UAE), Qatar and Saudi Arabia. The US envoy will be in Afghanistan and Pakistan from October 4 to 14.

“Special Representative Khalilzad’s mission is to coordinate and lead US efforts to bring the Taliban to the negotiating table.” the statement said.

The special representative will be working in close coordination with the Afghan government and various stakeholders and “explore how best to reach a negotiated settlement to the conflict”.

The trip will be Khalilzad’s first visit following his appointment as special representative and reflects the “administration’s intent to support, facilitate, and participate in a peace process in Afghanistan,” the statement added.

Earlier in September, the former US Ambassador to Afghanistan joined the State Department as an adviser on the war-torn country.