SBP insist­s exchan­ge rate of Rs137 to a dollar by the end of FY19 will be suffic­ient to addres­s challe­nges
By Shahbaz Rana
Published: October 4, 2018
Tweet Email 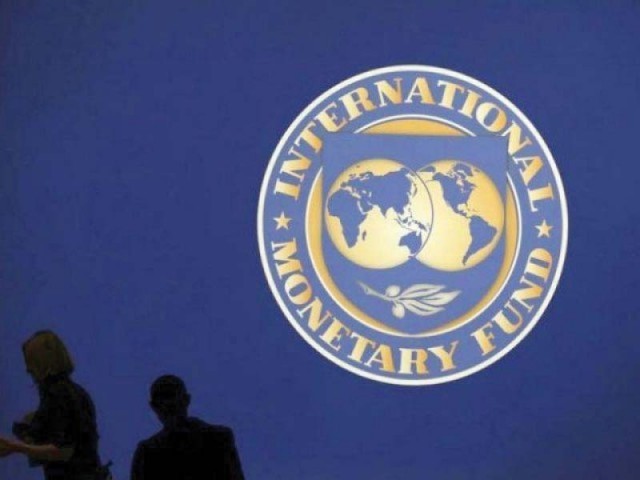 Another key concern for the IMF was that the government appeared complacent and was not moving swiftly to address macroeconomic imbalances, threatening the country’s economic viability. PHOTO: FILE

ISLAMABAD: As disagreement persists on the measures required to put the economy back on a strong footing, the International Monetary Fund (IMF) has suggested to Islamabad to raise interest rate to double digits and let the currency weaken by at least 15% more in the current fiscal year.

During ongoing parleys, the IMF termed recent fiscal and monetary adjustments by Pakistan inadequate, said highly placed sources in the finance ministry. Headed by its Washington-based mission chief Harald Finger, the staff-level talks are expected to be concluded on Thursday.

Another key concern for the IMF was that the government appeared complacent and was not moving swiftly to address macroeconomic imbalances, threatening the country’s economic viability.

During the last leg of the staff-level talks, the IMF assessed that the budget deficit may widen to over 5.5% of gross domestic product (GDP) or Rs2.1 trillion, even after the additional revenue measures introduced through a mini-budget, according to sources.

The major difference of opinion between Pakistan and the IMF was on the extent of currency depreciation, increase in interest rate and fiscal impact of recent budgetary measures, sources said.

The IMF desired that Pakistan should increase interest rate to around 11%, terming the current 8.5% rate insufficient to restrict inflation and narrow down the current account deficit, they said.

Another key point of disagreement was the exchange rate parity. The central bank was of the view that the exchange rate of Rs137 to a dollar by the end of current fiscal year in June 2019 would be sufficient to address the challenges, an assessment that the IMF did not agree with, sources said and added the fund wanted the rupee to be traded above Rs145 to a dollar.

“The IMF is still in the process of finalising its assessment of the economy and it will be premature to comment on its recommendations,” said Special Secretary Finance Noor Ahmad, who is also the ministry’s spokesman.

At this point, it is not binding on Pakistan to accept the IMF’s recommendations as the country has not formally made a request for bailout talks.

However, in case Pakistan decides to obtain an IMF loan to bridge its yawning external financing gap, the double-digit interest rate and further depreciation of the rupee could become a priority, the sources said.

Dr Ashfaque Hasan Khan, a member of the Economic Advisory Council, said on Tuesday that the Ministry of Finance had made up its mind to seek the IMF programme. Since January this year, Pakistan has already increased interest rate by 275 basis points to 8.5%, which is the highest increase by any Asian country.

Similarly, Pakistan has also let its currency weaken by 11.2% since January. India is the only country whose currency has lost over 12% during this period, which is more than Pakistan’s depreciation.

Sources said the central bank was of the view that the depreciation in the current fiscal year should not be more than 22%. But due to extremely low foreign currency reserves of $9 billion, a widening budget deficit and higher current account deficit, the IMF’s assessment was that the rupee should weaken around 30%, they added.

Another key difference of opinion was the extent of budget deficit, which the IMF was projecting at 5.5% of GDP – almost half a percentage point higher than the revised target set by the government.

Sources said in case Pakistan obtained another IMF programme, the government may have to introduce another mini-budget.

The IMF was of the view that due to the higher budget deficit, the central bank would be required to further tighten the monetary policy. It observed that a 25-basis-point increase in interest rate would not have a major impact on Pakistan’s economy.

But the Ministry of Finance took the stance that a balanced monetary and fiscal tightening would be required to grow at a rate of over 5%, stated the sources.

Moreover, the IMF’s assessment was that Pakistan’s growth rate would slow down to around 4.8% in the current fiscal year due to the tight monetary and fiscal adjustments. As against Pakistan’s assessment that inflation would soar to 6.5%, the IMF was projecting 7.5% inflation.

Core inflation, measured by excluding food and energy commodities, jumped to a four-year high of 8% in September, according to the Pakistan Bureau of Statistics.