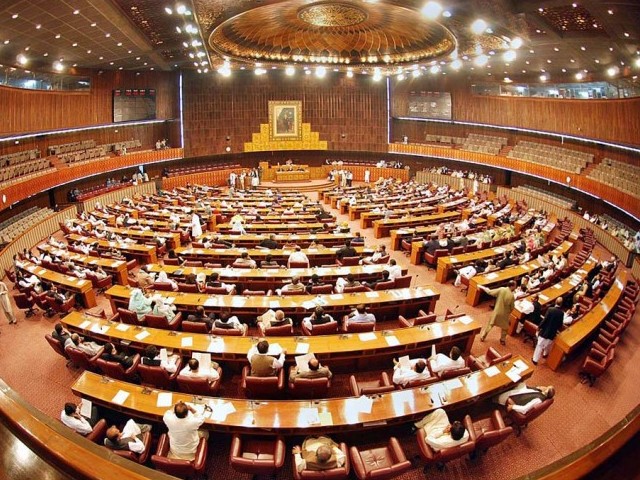 Minister of Parliamentary Affairs Ali Mohammad Khan informed the National Assembly on Tuesday that the construction of Mohmand Dam will commence by April 2019, Radio Pakistan reported.

Briefing members of the Lower House, Khan said the government was evaluating bids tendered by two companies and added that the final decision on the tender will be made in November while construction is set to begin by April 2019.

Mohmand Dam is one of the two major dam projects being directly monitored by Chief Justice of Pakistan Saqib Nisar.

In July, the government established Diamer-Bhasha and Mohmand Dam Fund to raise finances for the construction of these two critical reservoirs in a bid to fight impending water scarcity.

In the same month, the top court directed authorities to immediately start construction of the two dams and appealed to the people, including overseas Pakistanis, to make a contribution for executing the projects. During the same hearing, Justice Nisar also donated Rs1 million.

Meanwhile, the lawmakers continued the discussion over ‘The Finance Supplementary (Amendment) Bill, 2018’. MNA Asad Mahmood called for an Islamic economic system to “end the suffering of people”. He asserted that a common man should not be burdened with additional taxes.

Former state minister for finance and economics affairs Hina Rabbani Khar reiterated the thought and said the government had tinkered with figures instead of any directional change through the mini-budget.

She condemned the Pakistan Tehreek-e-Insaf (PTI) government for refusing to part with Public Accounts Committee chairmanship.

Minister of State for Communications Murad Saeed, however, asserted that the government was taking steps to bring 3.5 million people into tax net to enhance revenue collections. Responding to a question on Hazara Motorway, he said the third phase will be completed soon and added that the feasibility of Chakdara-Kalam had been prepared and was awaiting construction.

Speaking on a point of order in the House, Defence Minister Pervez Khattak clarified that the Khyber Pakhtunkhwa government did not award any contract to Jahangir Khan Tareen.