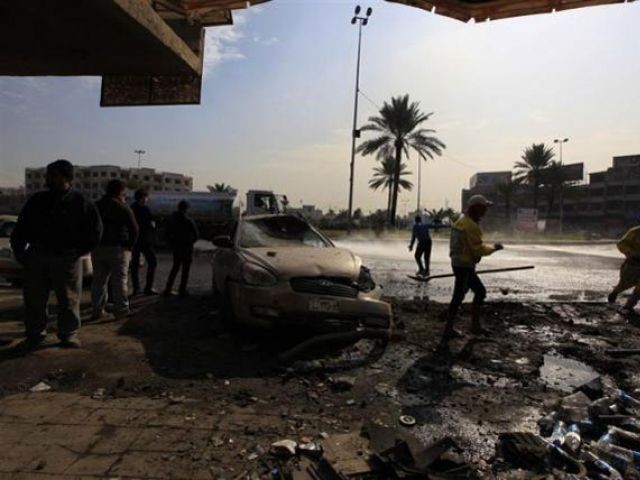 A file photo of a suicide bomb blast. PHOTO: REUTERS/FILE

JALALABAD: A suicide bomber blew himself up at an election rally in Afghanistan’s eastern province of Nangarhar on Tuesday, killing at least thirteen people and wounding more than 30, officials said, warning that the toll was likely to climb.

Campaigning for the October 20 parliamentary election began on
Friday and security officials have warned that campaign meetings
would be vulnerable to attack by militant groups.

Attaullah Khogyani, the spokesperson of the provincial governor, said at least seven bodies had been taken to hospital, but other officials said the total was likely to be much higher. Around 250 people were attending the rally in Kama district outside the provincial capital of Jalalabad, said Sohrab Qaderi, a member of the provincial council, adding that at least 20 were killed and dozens more wounded.

There was no immediate claim of responsibility. Militant group Islamic State has claimed a series of attacks this year that have killed scores of people in Nangarhar, on the border with Pakistan.