German Weeks to start this month in Karachi

German Weeks to start this month in Karachi 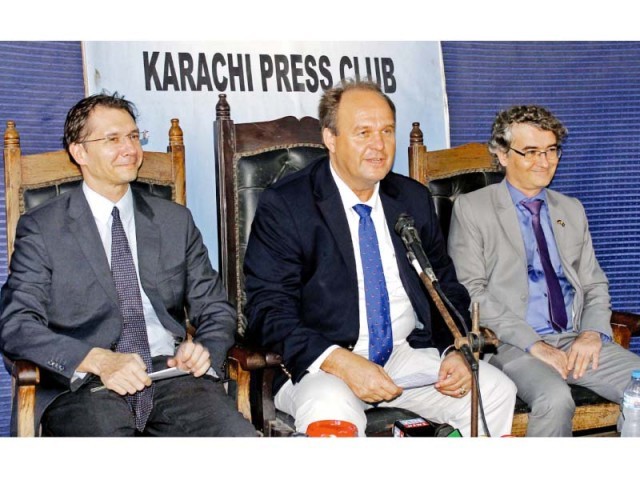 KARACHI: In the modern world, cultural exchange and dialogue are essential components of international relations.

“Cultural exchange is an important part of life in Germany. It is a wonderful way to engage people in a positive manner,” said German Consul-General in Karachi Eugen Wollfarth at press conference to unveil the brochure of German Weeks, 2018, at the Karachi Press Club.

He said that this year’s German Weeks will cover a wide range of themes, including German Academic Day which will include a lecture on history by journalist and political scientist Ingo Espenschied. The lecture will be titled, ‘100 years since the end of World War I: German-French friendship as a model for Pakistan, India’.

More highlights of the weeks include the ‘Third German Consulate Football Cup’, the annual meeting of the German-Pakistani Chamber of Commerce and Industry, a quiz contest among university students and a classical musical concert by German musical group, ‘Trio Aust’, in November.  German Weeks are organised every year to facilitate easier access to German culture and encourage people-to-people contact. This year, the German consul-general and the Goethe-Institut will bring exciting and interesting events to Karachi between October and November.