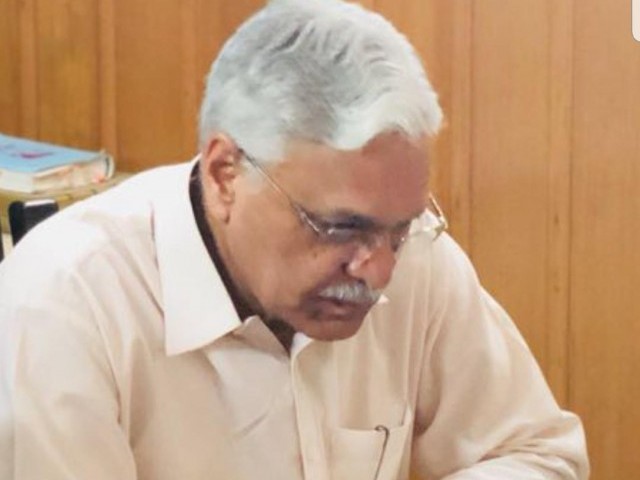 ISLAMABAD: Pakistan Tehreek-e-Insaf (PTI) chairman on Monday elevated veteran party member Arshad Daad to the post of secretary general, according to the notification issued by the party.

Daad was appointed additional secretary general of the party following Jahangir Tareen’s resignation in the aftermath of the Supreme Court’s December 15, 2017 verdict disqualifying him from holding public office. The office of secretary general remained vacant since. 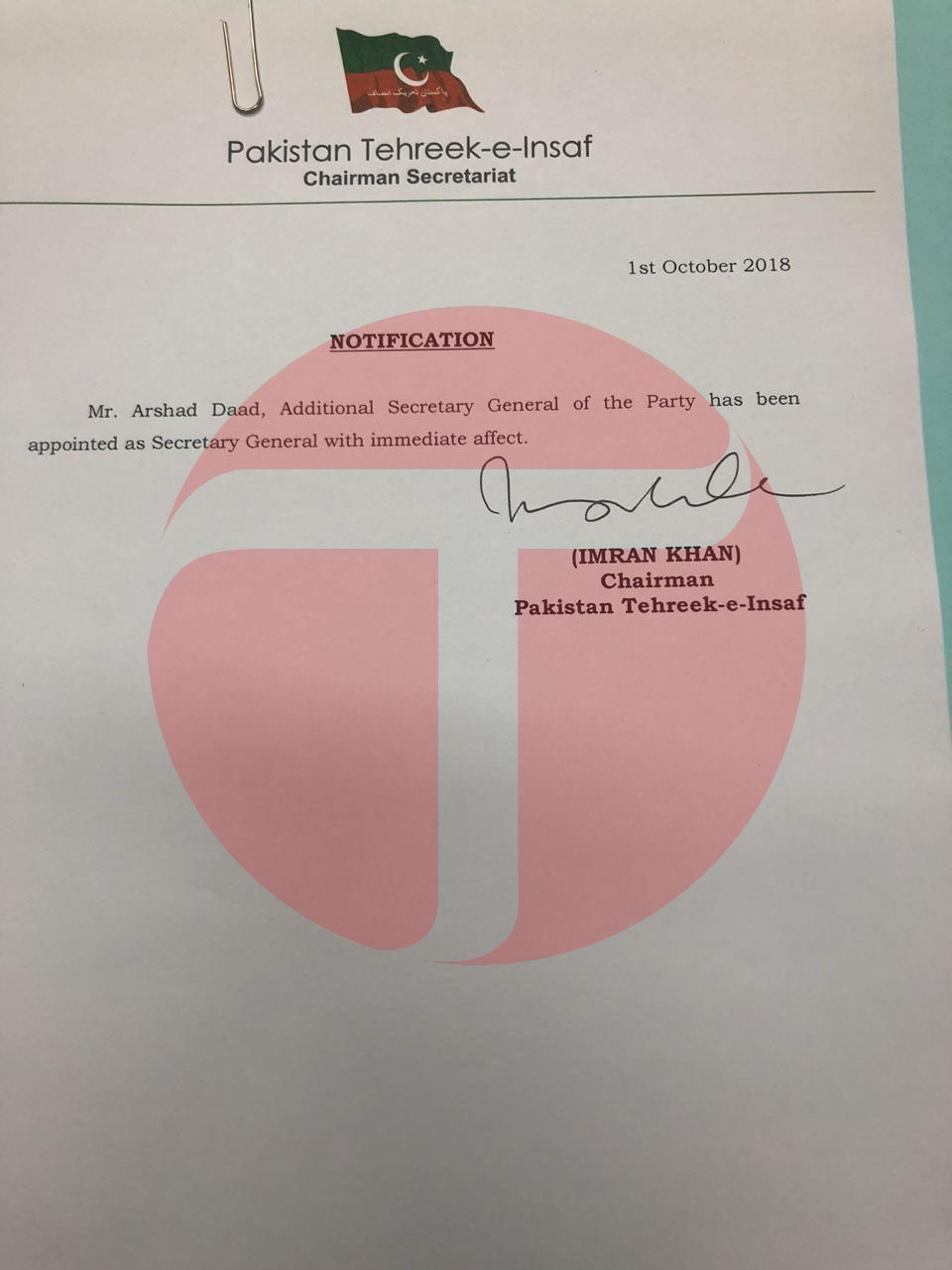 In December, the PTI had announced that secretary general’s slot would be kept vacant until a decision by the Supreme Court on a review petition filed by Tareen against his disqualification. However, recently the apex court announced upholding its previous decision on Tareen’s disqualification.

A businessman by profession, Daad is known for keeping a low profile. He joined the PTI just days after Imran Khan announced its launch it in 1996. The following year, he contested elections from Gujrat but remained unsuccessful.

Daad is a son of Brig Sahib Dad Khan, a hero of 1965 War who later served as provincial minister during Zulfiqar Ali Bhutto’s regime. He also served as party convener of the central disciplinary committee.

Daad graduated in 1971 from the University of Engineering and Technology Lahore and served as an engineer for nine years with the state-run Pakistan Television.

A former PTI leader Akbar S Babar told The Express Tribune that the original constitution of the party gives no absolute authority to chairman to make such appointments on his own.

However, Special Assistant to Prime Minister on Political Affairs Naeemul Haq said the PTI chairman had all powers to successfully run and manage affairs of the party. He said the appointment had been made purely on merit and in the best interest of the party in line with the provisions of the party’s constitution.

In the historic judgment, the top court in December 2017 disqualified PTI’s former secretary general Jahangir Tareen under Article 62(1)(f) of the Constitution for deliberately giving a false statement before the Supreme Court to conceal the ownership of the £5 million worth property abroad.

In September 2018, the apex court rejected a review petition filed by Tareen against his lifetime disqualification.

“Documents and the grounds taken by the petitioner, we do not find the ground for review is made out, therefore, the review petition is dismissed,” said the order passed by a three-judge bench of the apex court while deciding review petition.