'Baaji' cast reveals what it was like working with Meera

'Baaji' cast reveals what it was like working with Meera

'Meera was the first person I though­t about the film,' direct­or Saqib Malik
By Shaheera Anwar
Published: October 1, 2018
Tweet Email 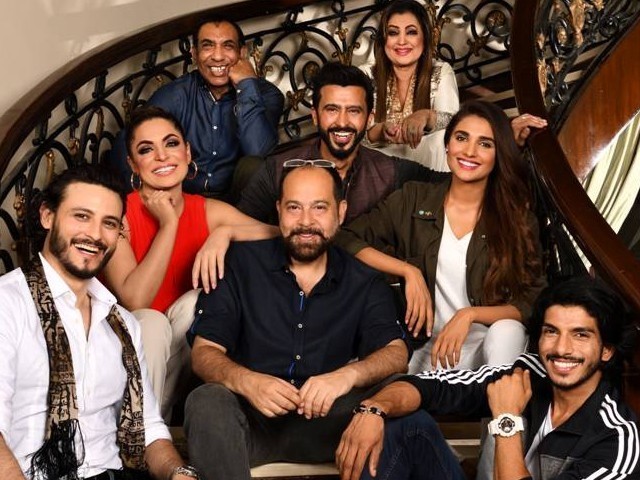 KARACHI: With the Pakistani cinema industry flourishing, many film-makers have opted for rom-coms or action thrillers. However, unconventional films such as Cake and Motorcycle Girl have managed to wow critics with their meaningful storytelling and visuals, but often failed to fare well at the box office.

It runs In the family: Saqib Malik and Adnan Malik

Likewise, Saqib Malik who will be marking his film debut with the highly-anticipated Baaji believes in having a more powerful impact than crunching big numbers at the box office.

Talking to The Express Tribune, Malik said, “As everyone knows, I have been planning a film for the past 15 years. I’ve had a bunch of false starts but I feel Baaji was destined to be ‘the one’. I always wanted my first film to be something from my heart – something that is intense and powerful.”

He explained that when he met the writer Irfan Ahmed Urfi, everything seamlessly came together. Malik added that the film is set with a backdrop of a dying Lollywood and the rise of new Pakistani cinema which is why it’s a perfect time to make a film like Baaji. 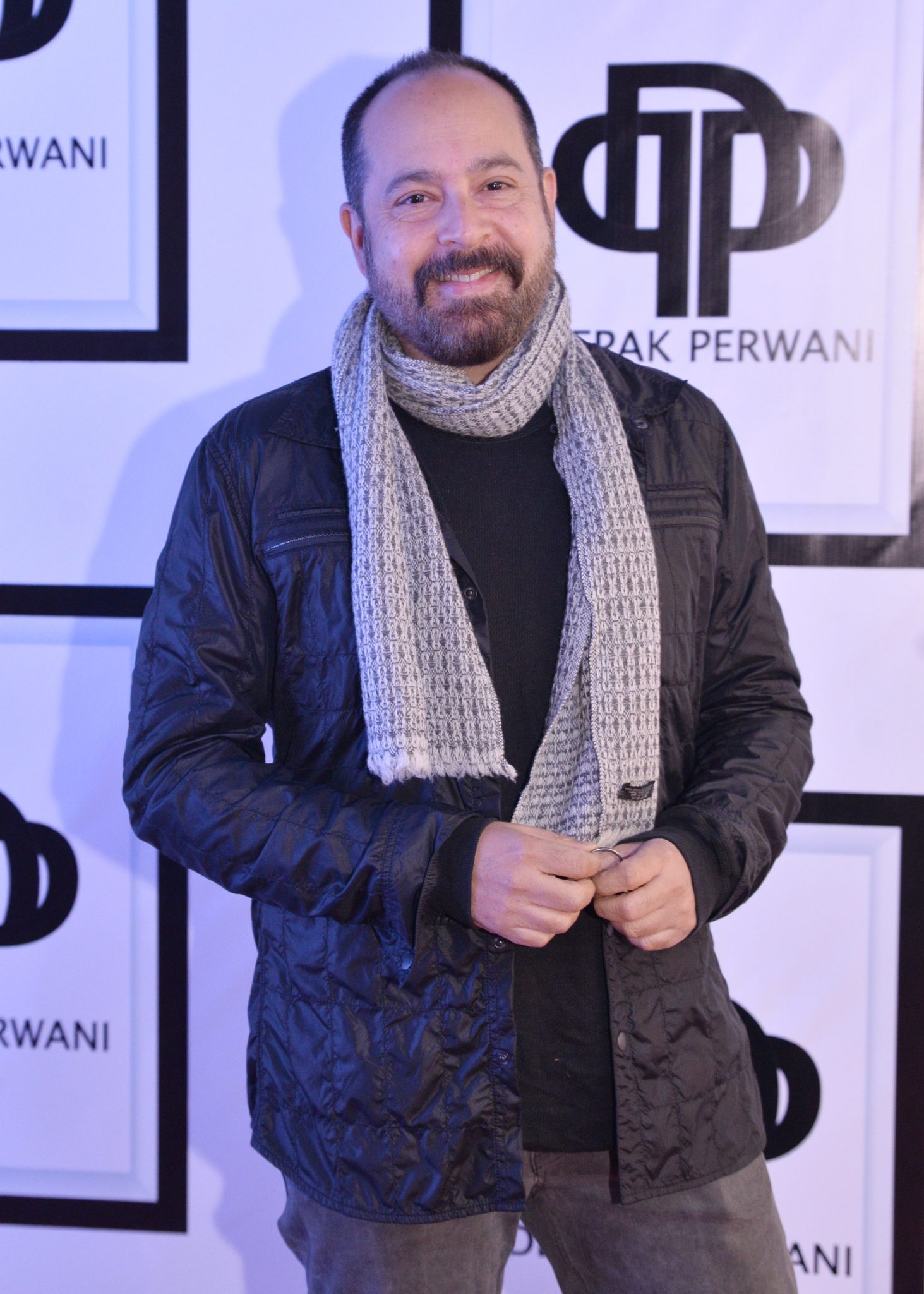 The film-maker commented, “Baaji is different than other films because the story is unique. There is a lot of storytelling and I’ve mainly focused on characterisation. I feel that it’s a commercial film with a dark edge.”

Speaking of the same, Malik continued, “I think I have a dream cast and everyone fits their character perfectly. It’s an ensemble film and the actors have done full justice to the script. While casting them, I wasn’t thinking about the box office but a higher impact. Most of these actors haven’t worked together in the past so to have them join forces in Baaji is electric.”

Baaji will be the first time audiences will get to witness the likes of Osman Khalid Butt, Mohsin Abbas Haider, Ali Kazmi and Aamna Ilyas share screen space with iconic diva, Meera. Yesteryear actor Nisho who has worked in classics such as Rangeela, Society Girl and Kubra Aashiq will be returning to the screen after a long hiatus. Nayyar Ejaz who was last seen in Teefa in Trouble opposite Ali Zafar and Maya Ali will be joining the star-stellar cast.

Speaking of taking the risk and casting Meera in the film, who is often surrounded by controversy, Malik stated, “Meera was the first person I thought about the film. I needed someone who could play the ultimate diva and no does it better than her. I was faced with opposition on casting her but I don’t care about controversies. Meera has been a consummate professional throughout her career and this is her comeback film. She is going to show the world what a star she really is.”

While not everyone in the industry is open to working with Meera, Ilyas who plays the female lead spoke of her experience on working with her. She said, “When I was offered the film by Saqib, I knew that this would be the biggest and most exciting challenge of my career. But honestly, I didn’t know what working with Meera would be like. She is a larger than life presence – to say the least – and she undoubtedly knows how to handle the camera like a pro. Our relationship in Baaji is the core of the story and it was very important for me to hold my own in front of her.” 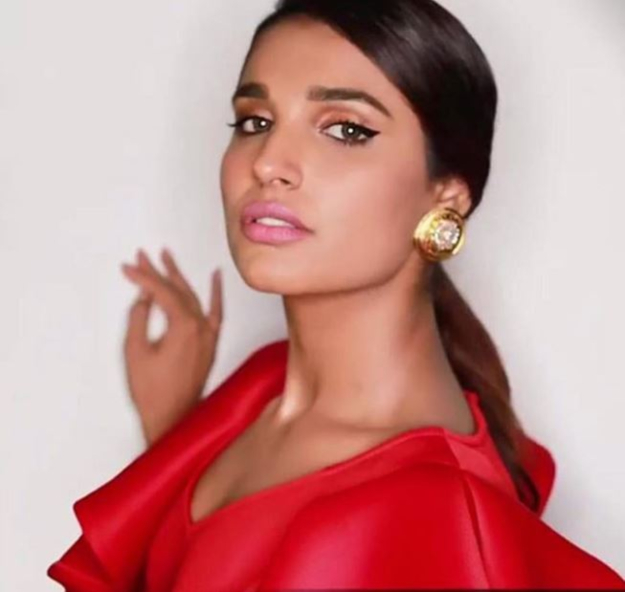 Ilyas added that as the film is nearing completion, her chemistry has been beautifully captured by the camera. “Meera ji is full of surprises and there’s never a dull moment with her. Apart from her, I also share a lot of screen space with Osman and Mohsin and both of them are excellent actors. Working with them was delightful.”

On the other hand, Butt who has often made satirical pieces on Meera, said that it has always been a dream of his to work with the icon.

“It was a surreal experience. I’ve stated it on record that I’ve always wanted to work with her so when Saqib approached me for the film, I was elated. Meera is not merely an actor, she is an institution, a force of nature. And she fits her character in Baaji like a glove,” the Balu Mahi actor said.

He further added, “We share some very intense, volatile scenes that are sure to be a first for the Pakistani screen. I think our generation has forgotten Meera as a consummate actor. Her social media persona and offscreen antics have taken front stage of late. With Baaji, I think audiences are in for a real surprise. And it’s all because of Irfan and Saqib’s script and meticulous direction.” 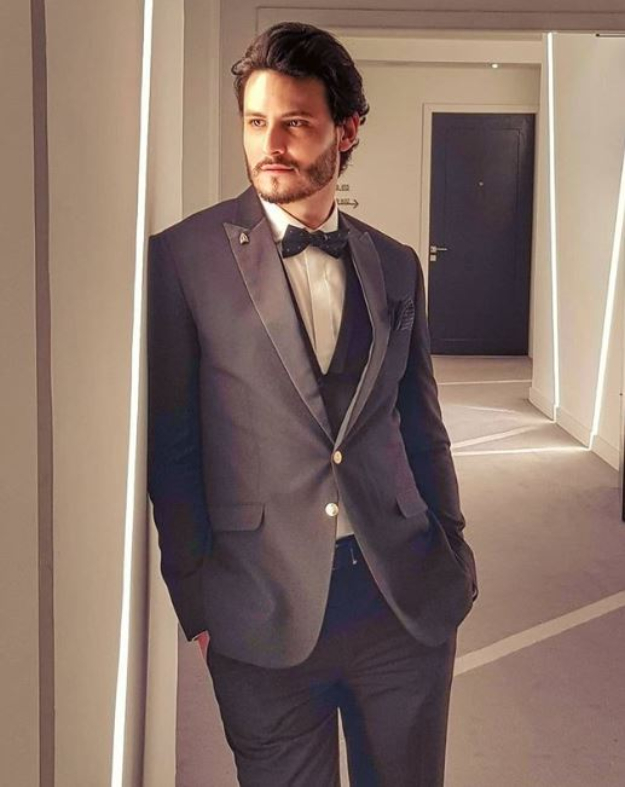 Butt continued that Malik is a perfectionist and his love and knowledge of cinema shines through in every frame, making audiences and critics unable to believe that Baaji is his film debut. He concluded, “As for the film, all I can reveal now is that this is the closest to Pedro Almodóvar (Spanish film-maker) our cinema has gotten. Expect a complex narrative, intense drama, thrills, masala, dark humour and much more.”

Kazmi also commented. “This film is truly has a dream cast and crew. Over the years, everyone has heard strange stories about Meera so no one knows that to expect from her when you meet her,” stated Kazmi.

He added that one should never judge a book by its cover. “Meera is an original and a force of nature. A genuinely kindhearted, warm person whose passion for living life to the fullest is only topped by her awe-inspiring passion for her work,” shared the Motorcycle Girl actor.

The 36-year-old continued that he had a lot of fun with Meera and he learnt a lot from her experience. Kazmi told, “If there’s one thing I can say is that she has brought a fire to this performance that will keep you at the edge of your seats.”

However, it was not only Ilyas, Malik, Kazmi and Butt who sang praises for Meera. The Nazar star too was very fond of her Baaji cast.

Speaking of making a comeback, Meera said, “I have not just acted in Baaji, I have lived in this film. It’s been an excellent experience. Aamna is a hardworker and she is keen on learning and acing her act. She is a natural actor and saw glimpses of Shabana Azmi in her. Osman is someone who lives and breathes his role. He wouldn’t even get out of his character after the scene was over. I found his focus and professionalism very inspiring.” 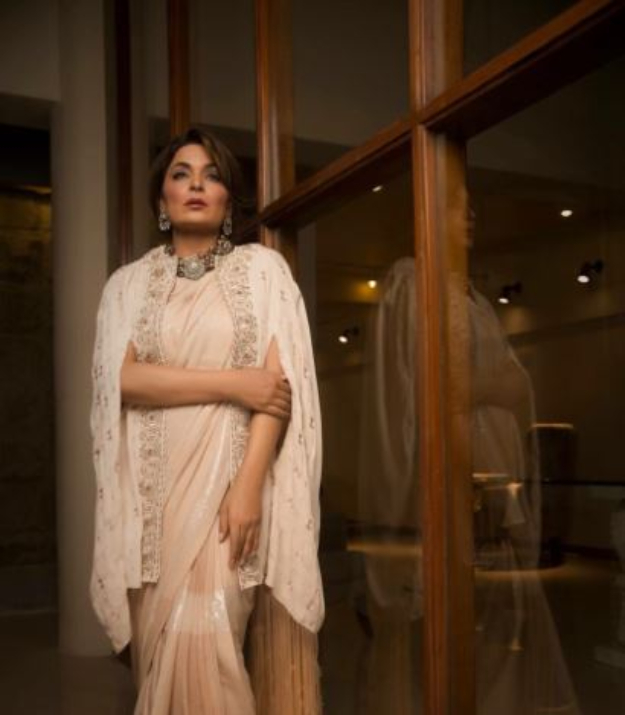 She will be seen opposite Kazmi in most of the scenes. She added, “I think people will love Ali and I in some of our scenes together. We look very nice together and we’re always on the same wavelength. Ali is a fearless actor and really works with the his co-stars. He is very calm and I feel that he brought out the best in me.”

While the film is reportedly set to release in mid 2019, fans can expect Baaji to be a social drama with a lot of thrill. It promises to be a film with a difference and deliver a dose of intense glamour. With characters that originate from Pakistan’s entertainment industry of the 70s, the film aims to be very contemporary in its tone and treatment.

Film based on Meera’s journey to stardom in the works

On the musical front, Baaji will feature voices lent by Zeb Bangash, Jamal Rahman and Taha Malik. Ustad Tafu better known as Taffo will be exuding his charm with the tabla. In the past, he has worked with Noor Jahan and was last featured on Adil Omar’s latest album Transcendence as a percussionist.