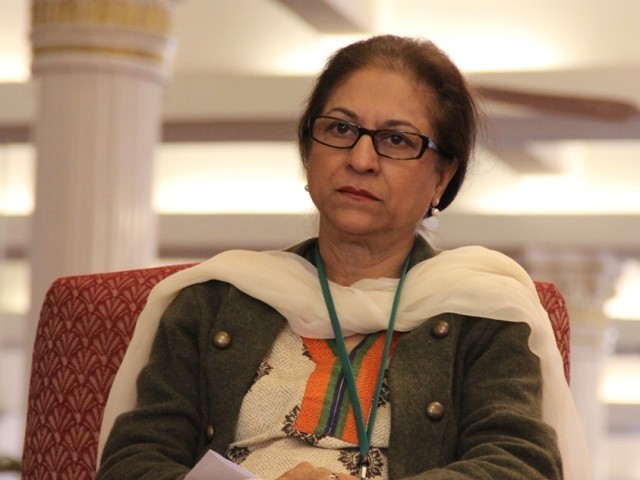 A special memorial to honour the late Pakistani human rights lawyer Asma Jahangir was held by the Asia Society in New York on Sunday.

During the event, various activists, journalists, and other contemporaries paid tribute to her life.

“She was an unwavering ally and exponent of Open Society values and principles of human dignity, equality and human rights,” said Anthony Richter from the Open Society Foundation.

Journalist Ahmed Rashid, a friend and colleague of Jahangir, informed the audience of the process of establishing the Asma Jahangir Foundation.

He said it will function to maintain funding and support for major projects Asma left as her legacy.

Rashid also said, “She has played a remarkable role in Pakistan’s civil society. There’s nobody to touch her as to the extent that the organisations and legacies that she has left behind.”

It was followed by a short speech by Jahangir’s daughter Munizae Jahangir.

Lawyer and rights activist Asma Jahangir died on February 11, 2018, after suffering a cardiac arrest. She was 66.

Jahangir’s funeral prayer, led by famous scholar Moulana Maududi’s son Haider Farooq Maududi, was held at the Gaddafi Stadium, where thousands of people swarmed to pay homage to her.

Born to bureaucrat Malik Ghulam Jilani and Sabiha Jilani in Lahore on January 27, 1952, Jahangir was best known for her pro-democratic and human rights activism. She is survived by her husband Tahir Jahangir, two daughters, and a son.

Jahangir held several prominent positions throughout her life and also holds the distinction of being the first female president of the Supreme Court Bar Association (SCBA). She was elected the 13th President of the SCBA and held the office from November 1, 2010, to October 31, 2011. She remained active as a lawyer throughout her life, as well as working for the welfare of the lawyer community.

She was appointed the United Nations Rapporteur for Human Rights in Iran on September 30, 2016, and held the position until her death. She was also one of the founding members of the Human Rights Commission of Pakistan (HRCP) since it was established in 1987.