Says sister was harass­ed by MNAs; asks opposi­tion to raise issue in parlia­ment
By Our Correspondent
Published: September 30, 2018
Tweet Email 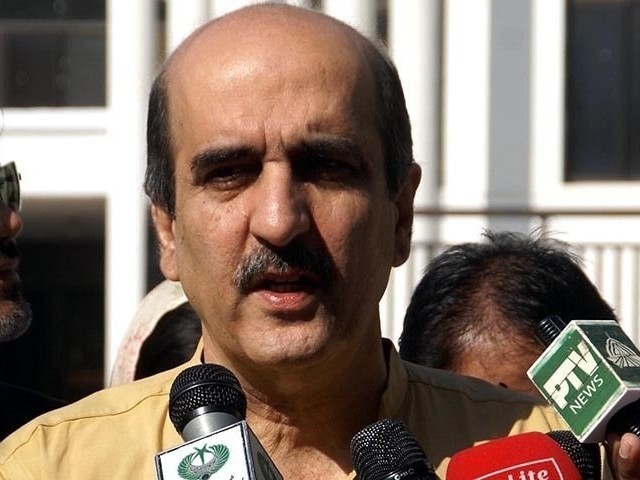 ISLAMABAD: In a press release, Pakistan Tehreek-e-Insaf founding member Akbar S Babar who had filed the foreign funding case in November 2014 after developing differences with party chairman Imran Khan has alleged that on September 27, 2018, CDA Building Control and Enforcement Directorate Staff along with an ICT police party raided his sister’s house located in F-10/1 Islamabad.

Babar said they started demolishing the sidewalk outside her main gate without any prior notice or order. “When my sister, who lives alone with her ailing husband suffering from the debilitating ALS disease (two of her children are abroad while one lives in Lahore), confronted them to stop the illegal operation, they said they are under instructions,” he alleged.

According to him the CDA staff also humiliated his sister by taking her photographs and making a video of her verbal protestations.
He said when he reached the scene and asked for any written orders for the demolition, the CDA deputy director supervising the operation said there is none.

“Both the deputy and inspector stated they had repeatedly communicated to their superiors that there was no illegal encroachment whatsoever but they insisted on compliance of their verbal instructions at once as if under some pressure,” Babar stated.

According to him after his intervention the police and CDA staff left the scene, blaming their superiors for forcing them to implement illegal verbal orders.

“Today (September 30, 2018), once again I received a frantic call from my sister that the police is back along with two ladies asking questions and demanding answers,” revealed Babar. “I again rushed to the scene to find to my horror PTI MNA Nafisa Khattak and Seemi Ezdi, sister of Jahangir Tareen, questioning my sister in an extremely intimidating fashion.

Babar said he told Khattak and Ezdi they were trespassing and under what legal authority were they questioning his sister. “The two women replied they were philanthropists and hence had the right to respond to public complaints in their neighbourhood (the entire conversation is recorded on video and will be posted on social media),” he alleged.

He said after ignoring the September 27 raid, today’s episode involving two prominent PTI associates has convinced him this is an orchestrated attempt to harass and victimise his family as he continues to seek PTI and PM Imran’s accountability under the foreign funding case.

“Let me state at the outset that I condemn the harassment of my sister and demand an immediate inquiry into the incident followed by a formal apology from PM Imran and Minister of State Sheheryar Afridi,” demanded Babar.

He also warned that upon failure to do so, he would file an FIR against the PM and Afridi for using state machinery including PTI MNAs to harass his sister as “means of arm-twisting”.

“I demand Speaker of the National Assembly to inquire under what legal authority PTI MNAs are acting as vigilantes of society,” he stated. He also demanded the opposition to raise the issue in parliament and demand answers.

“If today my family is not safe tomorrow other political opponents will be made victims, he added.