Tradit­ionall­y, the slot is given to the opposi­tion
By Danish Hussain
Published: September 30, 2018
Tweet Email 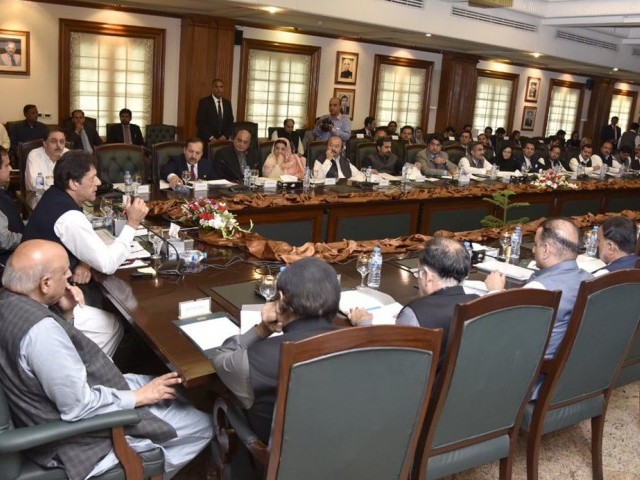 ISLAMABAD: The government remained conflicted over Public Accounts Committee (PAC)  chairmanship as senior members of the ruling Pakistan Tehreek-e-Insaf (PTI) in the federal cabinet opposed the idea of not giving the post to the opposition.

The PTI should not insist on holding PAC’s top post, a senior cabinet member told The Express Tribune. He confirmed of conflicting opinions on the matter within the party.

The PTI leader stressed keeping in view the prevailing parliamentary norms it was the opposition’s responsibility to audit the government expenditures.

He said giving the key slot to the opposition will ensure transparency in the government spending and guarantee healthy democratic values in the country.

The comment comes a day after Federal Information Minister Fawad Chaudhry reiterated the government’s intend to head PAC itself. He questioned how Shehbaz Sharif, president of the Pakistan Muslim League-Nawaz (PMLN), could be allowed to investigate projects rolled out during the PML-N’s rule. “I personally believe the opposition has no right to hold this position,” Fawad told reporters.

Meanwhile, the PML-N is mulling over boycott of parliamentary standing committees if Shehbaz is not appointed as PAC chairman.

Speaking to The Express Tribune, a senior PML-N leader said the party could refuse to accept chairmanship of all the standing committees in the National Assembly is the Imran Khan-led government opted to “exercise undemocratic option” of keeping PAC chairmanship to itself.

It is pertinent to note that the current strength of the PML-N in the lower house of parliament dictates it to receive chairmanship of at least nine standing committees.

While there is no legal bar to appoint a member of the opposition to head PAC, it has been parliamentary practice that the opposition is given the committee.

In a one-on-one meeting with Speaker National Assembly Asad Qaiser, the premier had decided to defer the decision until the return of Foreign Minister and PTI vice-president Shah Mehmood Qureshi – who is in New York representing Pakistan at the annual United Nations General Assembly.