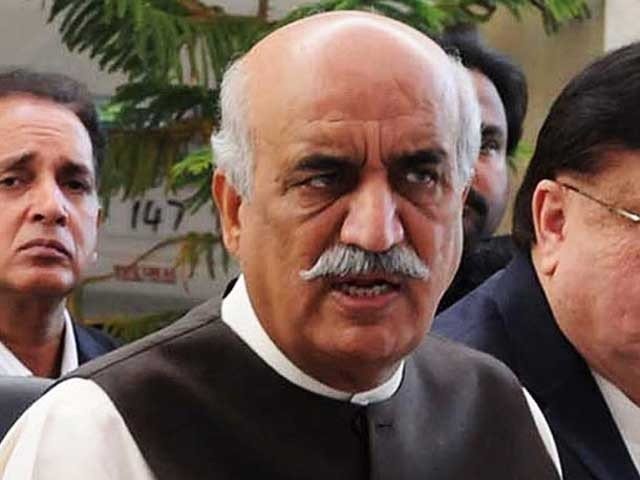 The senior PPP leader also questioned the chief justice over his “involvement in the country’s politics”.

Addressing the media, Shah said dams cannot be constructed by imposing fines and crowd-funding. He urged the chief justice and the federal government to allocate 15 per cent of the budget for the dam fund.

Shah also criticised the PTI-led government for not providing adequate employment opportunities for the people. He further said every government inherits circular debt and added that the country lacks adequate reserves of water.

Furthermore, he lauded the PPP for focusing on job creation during its tenures.

In July, Shah requested had CJP Nisar to focus on judicial reforms, instead of getting involved in the controversial issue of Kalabagh dam.