The academ­ician flees from the scene after the tortur­e; school sealed­
By News Desk
Published: September 28, 2018
Tweet Email 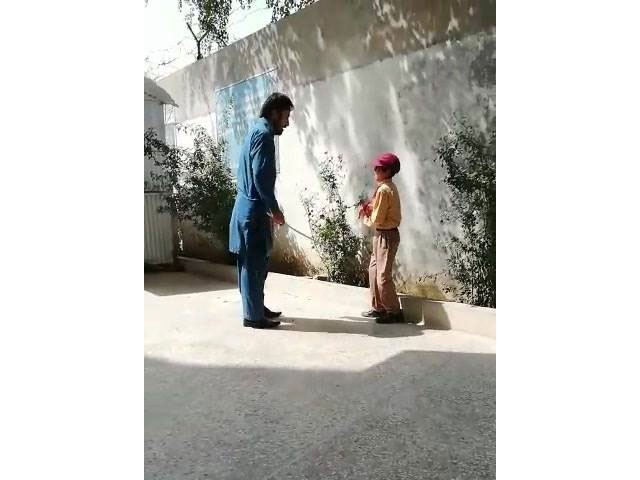 In the footage, the academician is seen beating the helpless, minor child repeatedly with a stick. PHOTO: VIDEO SCREEN GRAB

Video of a school principal thrashing a young student in Chakwal school has gone viral, drawing backlash of social media users who called for severe punitive measures for the academician.

In the footage, apparently captured with a mobile phone, the head of the Ali Angel School, Talagang, Shafiq Awan is seen beating the helpless, minor child with a stick. He also seen scolding the child as he thrashes him.

The video is posted by a social media users, asking the authorities to take action against the inhuman act and take the principal to task

Hours after the incident, the district administration issued a notification, informing the public that the principal has fled from the scene, while the school, which was unregistered, has been sealed.

It also said a case has been registered against the principal, while teams have been dispatched to arrest him and bring to justice.

Last month, a schoolteacher, who brutally beat students at a stae-run  elementary school in Chitral, has been suspended after a cell phone video which caught him in the act went viral.