Financ­e minist­er says the quantu­m and areas of the invest­ment will be decide­d in the first week of Octobe­r
By News Desk
Published: September 23, 2018
Tweet Email 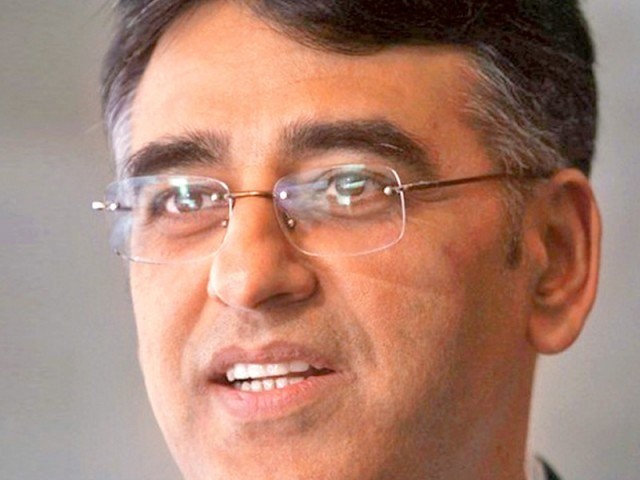 Pakistan and Saudi Arabia will determine the quantum and areas of investment in their meeting scheduled to take place in Islamabad in the first week of October, said Federal Minister for Finance Asad Umer on Sunday.

Talking to Arab News, the minister rejected recent media reports that Riyadh would “invest $10 billion in Pakistan,” clearing the assumption that the volume of investment had already been decided.

“The prime minister’s visit was meant to make agreements at the highest level with the King of Saudi Arabia and build a stronger relationship. In principle, only verbal discussions have taken place so far,” Umer added.

The minister further said, “We have discussed trade-related issues, foreign direct investment, visa fees, and issues faced by our labourers.”

The finance minister also dismissed the impression that Pakistan was facing a financial emergency. “Pakistan is not in an emergency situation that requires it to rush to the International Monetary Fund (IMF) to seek a bailout,” he stated.

“We have neither stopped imports nor imposed financial sanctions,” said the minister. However, he emphasised that it was important to be prudent while taking economic decisions.

“We need to take well-measured decisions. As a situation emerges, we take steps to manage it. We don’t want to take decisions in an emergency.”

An IMF team is due to arrive in Pakistan on September 27 to engage with the authorities. “We are in discussion with them, but this is not to negotiate for a loan. Our purpose is to do our homework, in case we want to approach them at some stage,” the minister explained.

Answering to a question about regulating the balance of payment deficit, Umer said: “We are eliminating the root cause of this problem, and that root cause is a fiscal deficit. We have done that through the recent finance bill which will reduce our cost of import.”

Prime Minister Imran Khan, during his visit to Saudi Arabia and the United Arab Emirates, addressed measures for trade intensification and investment. “These are measures which will help fill the external financing gap,” he observed.

The minister also said that Pakistan was continuously in touch with international markets and banks for investment.

On the steps to improve the country’s exports to ease its external payment burdens, the finance minister said the issue had been talked about at length with the Chinese.

“During the upcoming international trade exhibition, which will be attended by the prime minister as one of the chief guests in China on November 4 and 5, we will discuss items line by line so that they can give us trade concessions to increase exports to China.”

“Similarly, when the Saudis will come, decisions will be made here in Pakistan about trade enhancement and investment,” he added, hoping that these steps would mitigate the balance of payments crisis.

The government is also preparing to float overseas, dollar-based saving certificates for Pakistanis living overseas. Umer said the amount of issue would be decided at the time of floating these certificates.

“We will float them in October, but it will not be a one-time issue. We will be floating these certificates periodically for overseas Pakistanis,” said the minister.