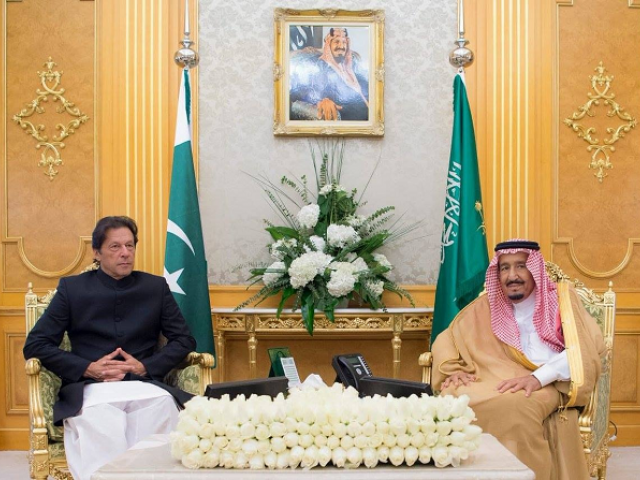 Prime Minister Imran Khan on behalf of the entire nation has felicitated the leadership of Kingdom of Saudi (KSA) on its 88th National Day on Sunday.

PM Imran also said progress and development of Saudi Arabia is very close to the heart of every Pakistani and its stability is linked with the strength of the Muslim Ummah.

“Saudi Arab has always stood by Pakistan in difficult times and the Pakistani government and its people highly acknowledge it,” an official statement quoted the prime minister as saying.

Referring to his recently visit to KSA, the prime minister noted that it helped opened a new chapter of bilateral cooperation between the two countries which would benefit the whole region.

The inclusion of Umar and Dawood in PM Imran’s entourage hinted that the Pakistan Tehreek-e-Insaf-led (PTI) government was seeking financial assistant to ward off the impending economic crisis.

The government is considering several options to shore up the fast depleting foreign exchange reserves. It is trying to avoid going to the International Monetary Fund (IMF) and instead desires to reach out to friendly countries — including Saudi Arabia, the UAE and China — for financial assistance.