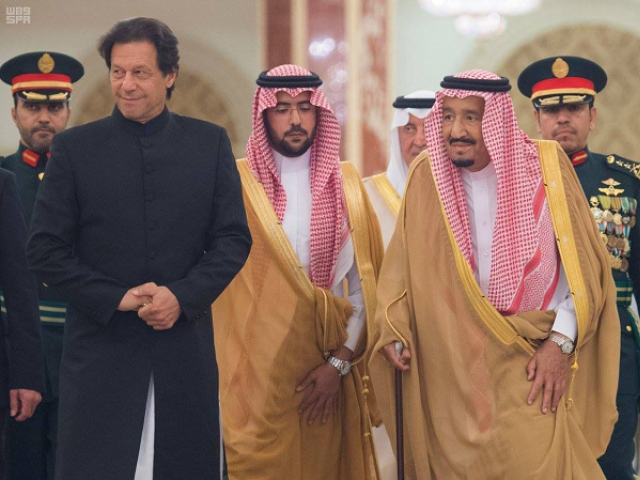 The assurance was extended during the prime minister’s two-day visit to Saudi Arabia where he held in-depth talks with the Saudi leaders on wide-ranging issues covering bilateral, regional and international subjects.
Imran Khan was also accompanied by ministers of foreign affairs, finance and the adviser on commerce. 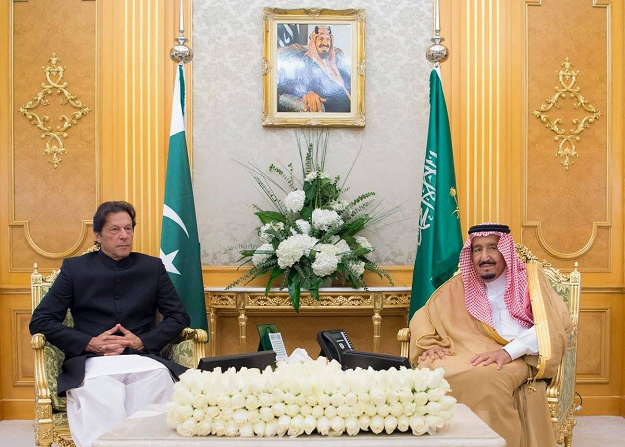 This was his first visit to any foreign country since he took charge as the Prime Minister and apparently aimed at seeking financial assistance to ward off the impending economic crisis back home.

Although, details were scant, the very fact that Saudi Arabia assured ‘their maximum assistance’ to the new Prime Minister suggested that the two sides had reached some kind of understanding.

However, the PTI government is doing its best to avoid going to the International Monetary Fund (IMF) and instead reaching out to Saudi Arabia, China and other Gulf countries to shore up its forex reserves.
An official statement issued here by the Foreign Office said that Saudi leaders congratulated Pakistan on its successful democratic transition, and felicitated the PM on his election.

“Appreciating the Prime Minister’s ideal of transforming his country into a welfare state based on Islamic socio-economic principles, the Saudi leadership assured Pakistan of its maximum assistance. Pakistan thanked Saudi Arabia for its steadfast and continued support,” the statement added.

Earlier, the Prime Minister was received by the Saudi ruler, King Salman bin Abdul Aziz, at his Palace in Jeddah, where he was presented with a guard of honor and a state banquet was hosted for him and his entourage.

In the meeting, both leaders discussed bilateral relationship, regional and global political situation and issues confronting the Ummah. They expressed their desire to enhance and diversify bilateral cooperation and continue close coordination on issues of mutual interest.

During the visit, the Prime Minister also held a meeting with Crown Prince Muhammad bin Salman, who also hosted a dinner in his honor.

Both leaders, who were accompanied by their ministers and other senior officials, held detailed discussions on ways to strengthen bilateral relationship and on the regional political and security situation.

Pakistan and Saudi Arabia reaffirmed their historical and brotherly ties and both sides expressed satisfaction over the convergence of views on a host of regional and global issues, as well as the issues faced by Muslim Ummah.

Both countries expressed solidarity with each other in their efforts at preserving their sovereignty and territorial integrity. They reaffirmed their intention to stand by each other at all times.

Pakistan praised Saudi leaders on the successful organization of Hajj this year and acknowledged the eminent position enjoyed by His Majesty King Salman bin Abdulaziz.

It also commended the visionary leadership of Crown Prince Muhammad bin Salman, which was leading Saudi Arabia towards a modern and developed economy.

The Prime Minister briefed the Saudi leaders on Pakistan’s successes and sacrifices in its fight against terrorism, highlighting the role of actors trying to destabilize Pakistan.

The Saudi leadership apprised the Prime Minister of steps taken by the monarchy to curb extremism and terrorism, and shared views on forces spreading extremist ideologies in the region.

Both countries acknowledged each other’s efforts and sacrifices and pledged to continue their partnership to defeat extremism and terrorism. 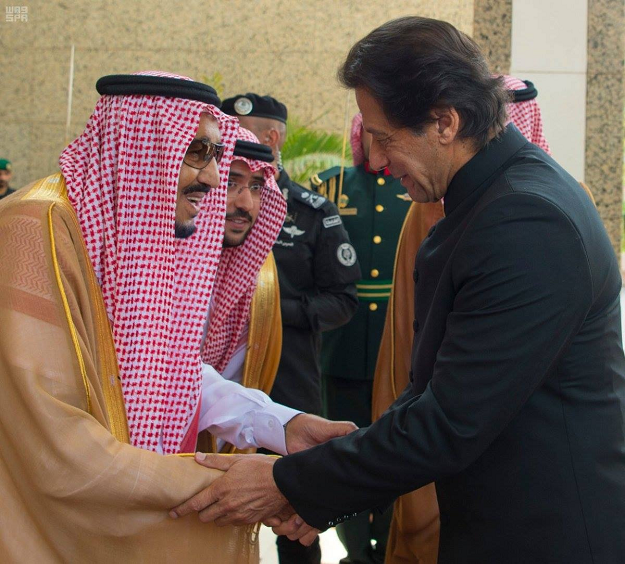 They agreed on the need to promote peace and security to ensure progress, development and prosperity. In this regard, they also agreed to strengthen bilateral cooperation at the regional and multilateral forums.

The Prime Minister informed the Saudi leadership about the plight of the Muslims of Indian Occupied Kashmir.

Citing a report of the Office of the High Commissioner for Human Rights (OHCHR), he stressed the need for Islamic solidarity and unity in raising the issue forcefully at the UN Human Rights Council.

The two countries reaffirmed their commitment to the just struggle of the Palestinian people to restore their rights and achieve the independence of the state of Palestine, with East Jerusalem as its capital.

They also stressed upon the international community to respect the just struggle of the people living under foreign occupation and the legitimate right to self-determination, as enshrined in the United Nations Charter.

With a view to developing tangible and meaningful bilateral cooperation in key areas, the two countries agreed to intensify consultations to strengthen their strategic partnership.