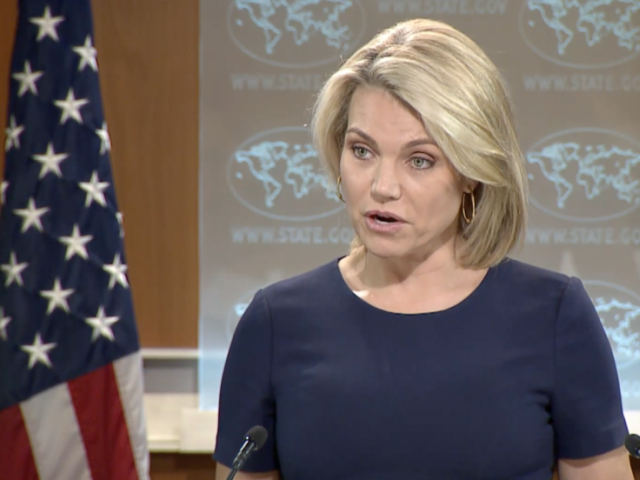 The United States on Friday welcomed as “terrific” a planned meeting between Foreign Minister Shah Mehmood Qureshi and his Indian counterpart Sushma Swaraj on the sidelines of the forthcoming United Nations General Assembly session in New York.

US State Department Spokesperson made the remarks when asked for her take on the possible resumption of Pakistan-India dialogue.  “Yeah, we saw that. I think that’s terrific news for the Indians and Pakistanis to be able to sit down and have a conversation together. We saw the reports about the positive messages being exchanged between Prime Minister Khan and also Prime Minister Modi, and we hope that the conditions will be set for a good, strong relationship, a good, strong bilateral relationship in the future.”

The Indian External Affairs Ministry on Thursday confirmed that India had accepted a Pakistani proposal for a meeting between the two ministers in New York at a mutually convenient date and time. S added that “It’s a meeting, not resumption of dialogue,” Spokesperson Raveesh Kumar said.