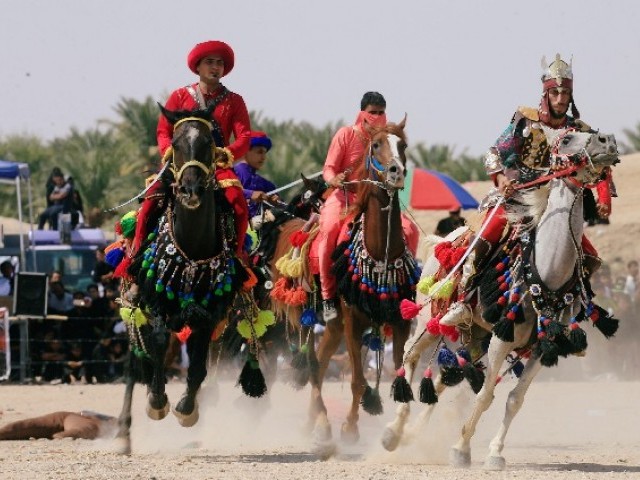 Local actors dressed as ancient warriors re-enact a scene from the 7th century battle of Karbala to commemorate Ashura in Najaf, PHOTO REUTERS

KERBALA, IRAQ: Millions gathered at shrines and mosques in Karbala and other parts of Iraq on Thursday to mark the climax of the annual ritual of Ashura with expressions of suffering.

Huge crowds came from all over the world to commemorate the slaying of Imam Hussain (RA), a grandson of Prophet Muhammad (PBUH).

In the past, suicide bombers staged attacks on the mass gathering hoping to trigger sectarian tensions. Those days are gone. 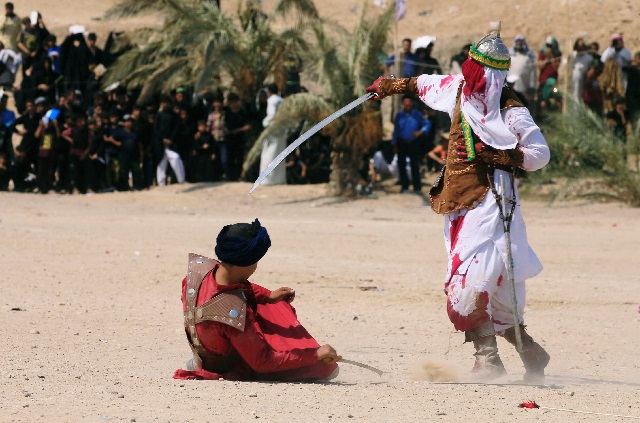 Iraqi worshippers are able to immerse themselves in their faith, setting aside other problems that impact daily lives, including poor government services, unemployment and corruption.

Ashura is the 10th day of the lunar month of Muharram when according to Islamic tradition Imam Hussain (RA) was martyred in battle in 680. It is observed in Iraq and in other countries including Afghanistan, Azerbaijan, Bahrain, Iran, Lebanon, Pakistan, Saudi Arabia and Syria. 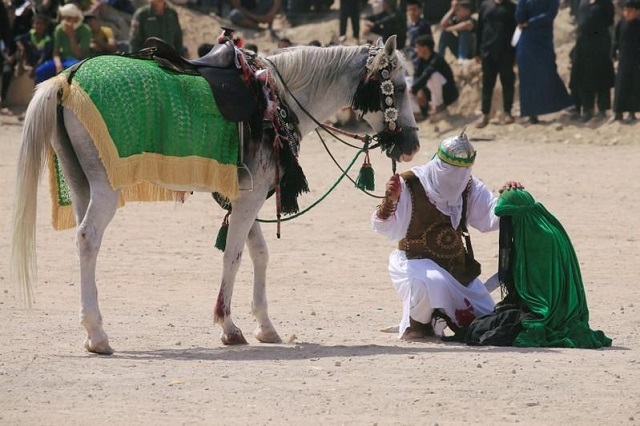 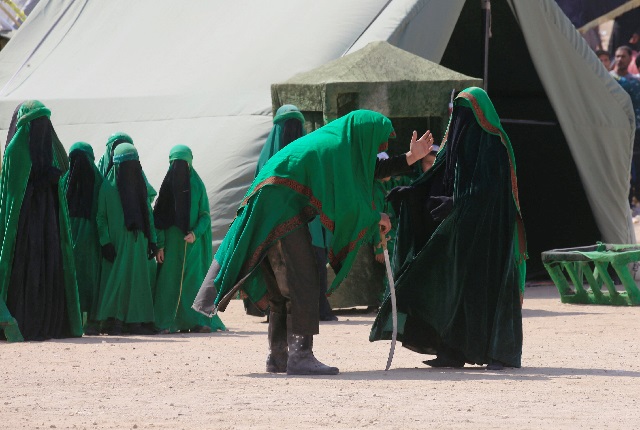 Self-flagellation is a big part of the ritual.

On Thursday, crowds of pilgrims brandished swords. One man gashed the head of a teenager with a knife. Blood dripped down their heads to white smocks. A pilgrim banged a drum.

“Even if we give our lives for him it is not enough. We are ready to offer all we have, our lives, our children and our families for Imam Hussain (RA) to have his intercession in doomsday.”