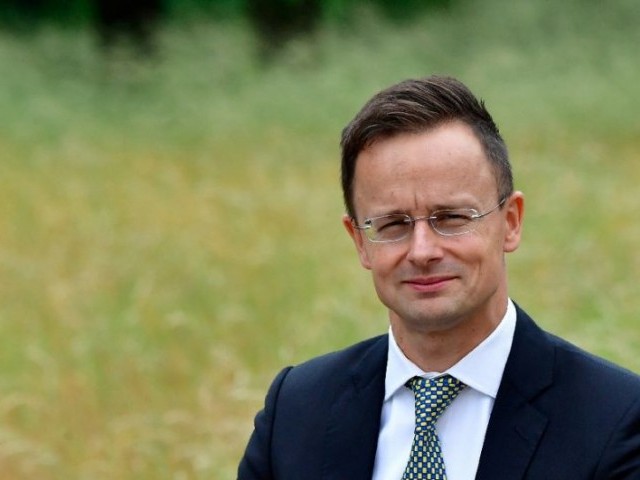 GENEVA: Hungary’s foreign minister accused UN officials on Wednesday of “spreading lies” with their criticism of Budapest’s anti-migration policies, insisting his country would “never be a country of migrants”.

“It is obvious that the UN officials spreading these lies about Hungary are biased pro-migration officials,” Peter Szijjarto told the UN Human Rights Council in Geneva.

Hungary, he said, will “never be a country of migrants… We will never allow one single illegal migrant to enter the territory of our country.”

“Hungary will remain a country of the Hungarians, which is happy and which is proud of its more than 1,000-year-long history and Christian culture and traditions,” he said.

Szijjarto, whose appearance at the UN’s top rights body was announced less than 24 hours before his speech, did not cite any UN officials by name.

He slammed UN officials for stating “nonsense about Hungary” and for issuing documents that “were not more than collections of lies”.

Without providing specifics, he said UN officials had issued documents that “basically question the maturity of the Hungarian people (and) suggest that it would be better to place Hungary under a guardianship.”

“These documents suggest that they want to protect Hungarian people from themselves,” he said.

He noted that UN officials criticising Hungary “usually say that they are independent from the member states.”

“I don’t doubt that this might be the case. But they must not be independent from truth… And they must not use their position to insult the citizens and the peoples of the member states,” Szijjarto said.

In the written version of her maiden speech to the council on September 10, Bachelet pointed to “shocking reports” that “food has been withheld from migrants held in transit zones on the Hungarian-Serbian border.”

She also took issue with measures adopted by the Hungarian government in June enabling “authorities to arrest, criminally charge and immediately remove from Hungary’s border area any lawyer, adviser, volunteer or legally resident family member suspected of helping a person to make an asylum claim, obtain a residence permit, or take other perfectly legal actions.”

Those experts called on “European institutions to continue addressing the deteriorating human rights situation in Hungary and keep on taking decisions reflecting the core values of the European Union: democracy, the rule of law and the protection of human rights.”