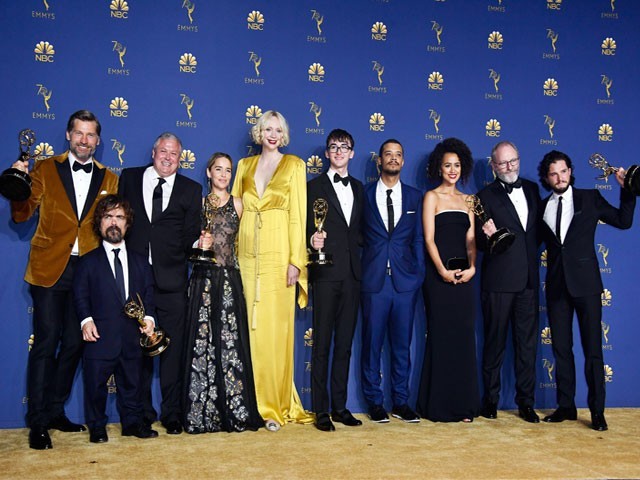 HBO’s record-breaking fantasy epic Game of Thrones stormed back onto the Emmys stage on Monday, winning the coveted best drama series prize on a night full of surprises, including an on-air marriage proposal that stunned the audience.

The other big story of the gala, television’s answer to the Oscars, was the huge success of eight Emmys overall for best comedy series The Marvelous Mrs Maisel, Amazon’s story of a 1950s housewife-turned-stand up comic. 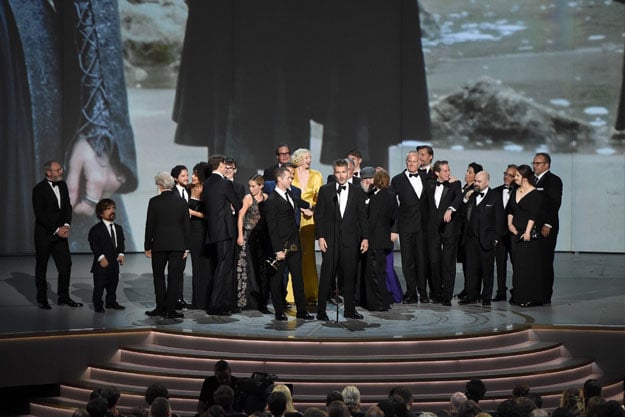 The Handmaid’s Tale – last year’s best drama and an early favorite for more hardware – went home empty-handed from the event at the Microsoft Theater, having won three minor awards handed out a week ago.

The ceremony hosted by Saturday Night Live regulars Colin Jost and Michael Che took on a decidedly political hue, with a barrage of edgy jokes on hot-button issues such as diversity in Hollywood, #MeToo and President Donald Trump. 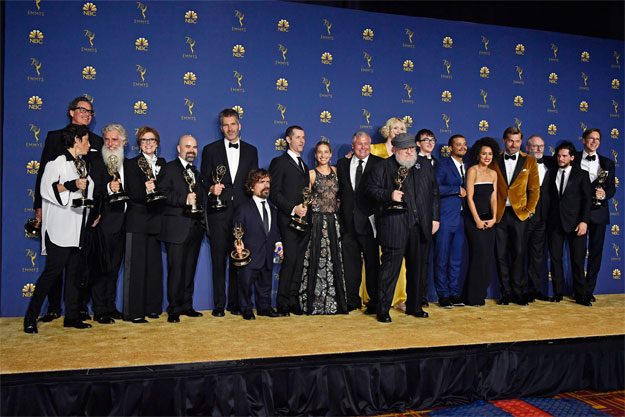 “Writing for these actors behind us is the honor of a lifetime,” said series co-creator David Benioff. “But we didn’t invent these characters. That was George R R Martin. The show could not be without the mad genius of George.” 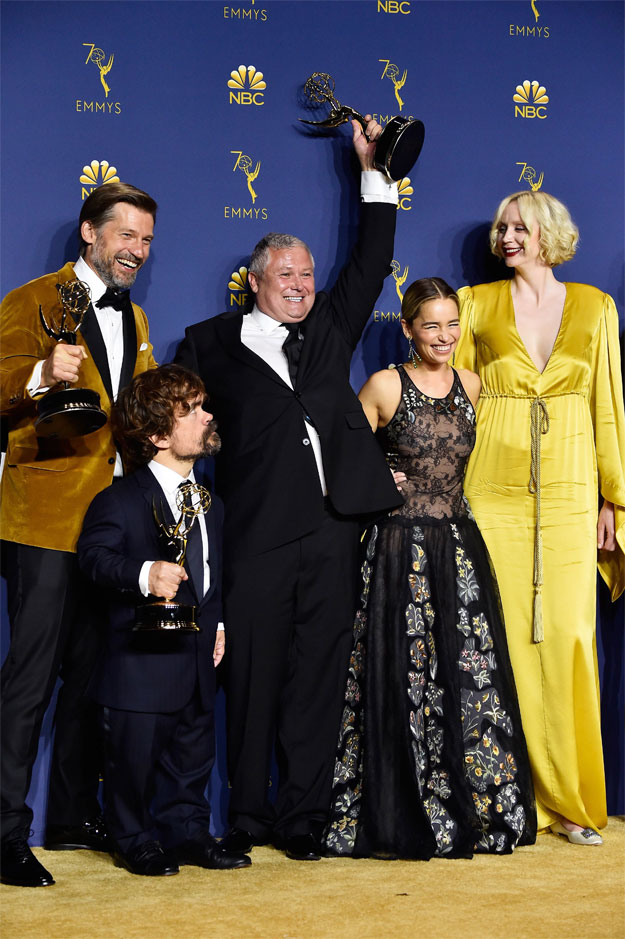 It won nine Emmys this year, meaning the blood-spattered tale of the battle for the Iron Throne – which returns in 2019 for an abbreviated eighth and final season – now has 47 awards overall.

That breaks the program’s own record as the most decorated fictional show since the Television Academy first handed out prizes in 1949.

Here is a list of the winners in key categories for the 70th Emmy Awards, which were handed out in Los Angeles: