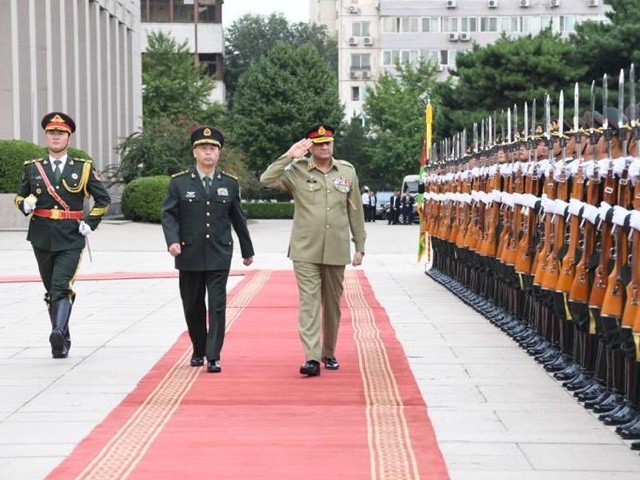 Both commanders discussed regional security environment, security of CPEC and bilateral security cooperation during the meeting.

The PLA chief appreciated and acknowledged high professional standing of Pak Army displayed while combating terrorism. He also expressed his desire of expanding cooperation between the two armed forces.

Gen Qamar thanked his counterpart for hosting him and expressed that both armies have history of cooperation and there are vast avenues for further enhancing the same.