I am part of the resistance inside the PTI cabinet

I am part of the resistance inside the PTI cabinet

PTI has courag­eously made it clear to the Americ­ans that they can’t ask Pakist­anis to do more
By M Bilal Lakhani
Published: September 16, 2018
Tweet Email 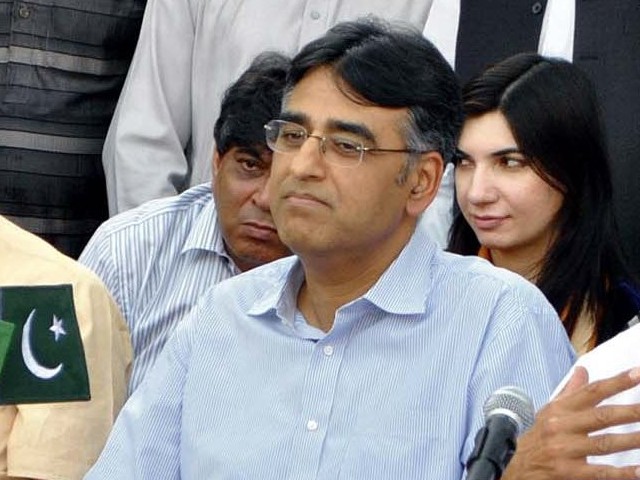 The PTI has courageously made it clear to the Americans that they can’t ask Pakistanis to do more. This is the Pakistani government’s job now. Overseas Pakistanis must do more by contributing to the Dam fund, while locals must pay 1 rupee extra to ride Pakistan railways so Sheikh Rashid can seem generous with money that isn’t his. How else will we build a Dam? Asking people to pay their taxes in Naya Pakistan? That’s crazy talk. Naya Pakistanis don’t need to make actual sacrifices like paying taxes. They just need to share memes of rich overseas Pakistanis donating to the dam fund. Because social media sharing is caring.

When Asad Umar is done asking our newly-elected President for a treat on Twitter (unfortunately, this line isn’t satire), he can invite the world’s leading economists to take a religion test. To be fair, Asad Umar and Fawad Chaudhry were probably the good guys here, having the personal courage to nominate and defend a merit-based selection. Alas, their courage lasted slightly shorter than the time it takes to make a U-turn on Sharea Faisal. A brave warrior — Fawad Chaudhry — tripped on the sword of intolerance, which the PTI used to such beautiful effect in opposition. Kismet, I guess, what goes around, comes around.

The dilemma — which Imran doesn’t get — is that Naya Pakistan feels like an arranged marriage even if it wasn’t. And while Imran can please the bride’s parents as much as he wants by visiting the susraal in Pindi, it’s not the matchmakers but the bride that he has to keep happy. And not only are these brides fickle but no one likes a ghar damaad.

To be clear, this isn’t the resistance of the mafia, sponsored by Maryam bibi’s lifafas. I want Naya Pakistan to succeed and have voted for the PTI. And I believe the PTI has already made several moves which will make Pakistan safer and more prosperous. For example, Pakistan’s wise foreign policy dance between competing pressures from Saudi Arabia and Iran is single-handedly credited to Imran. Or appointing Dr Ishrat to help institutionalise governance reform in the country. The nomination of a young and dynamic leader as K-P’s finance minister has also not gone unnoticed. The idea that civil-military leadership is on the same page is also quite the coup for the PTI.

However, these positive steps aren’t occupying the most valuable real estate in Naya Pakistan ie a troll’s Twitter feed. The PTI is yet to get off the mark and nervously playing ridiculous shots like Pakistani openers in a T20 match, desperate to get off the mark with a six. But governance isn’t a T20 game, it’s a Test match. For better or for worse, even we, the resistance, will protect the PTI’s mandate to rule for the next five years. PTI’s governance and PR machinery needs to pivot from what will trend on Twitter for the next five hours (this article!) to what actions will influence voters five years from now.

And that is the final note of this resistance. The entire country is rooting for the PTI right now. The liberals and the mullahs. The rich and the poor. The young and the old. We don’t expect you do get everything right. And we don’t expect Naya Pakistan in 90 days. But we do expect the PTI not to make stupid mistakes. Like asking us for donations instead of taxes. By prioritising religious belief over merit in picking an economist. Imran, you are the saviour you promised we all needed. Don’t let us down by not living up to the ideals you taught us to value: hard work, perseverance and a merit-based society.

This satire piece was inspired by the recent New York Times column, I am part of the resistance inside the Trump Administration. Unfortunately, the NY Times column is not a satire piece.