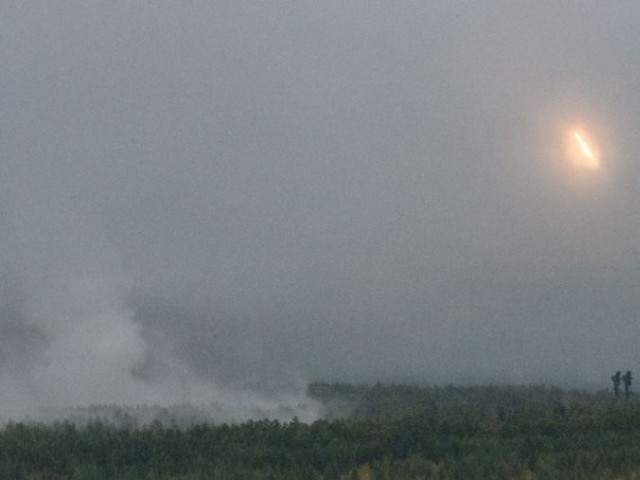 The exercise on the Telemba military training ground — about 130 kilometres (81 miles) north of the city of Chita in Siberia — involved over 1,000 troops and over 500 pieces of military equipment - PHOTO AFP

TELEMBA (RUSSIA): Russia showcased its most sophisticated air defence system on Wednesday, using it to repel a mock attack from the sky as part of what it describes as its largest-ever military drills.

The wargames involved its state-of-the-art S-400, Russia’s latest generation surface-to-air defence system, which is considered by NATO countries to pose a threat to their aircraft.

The exercise on the Telemba military training ground — about 130 kilometres (81 miles) north of the city of Chita in Siberia — involved over 1,000 troops and over 500 pieces of military equipment.

Some US allies caught in crossfire of sanctions on Russian arms

“The troops have completed their mission with total efficiency,” a high-ranking officer in the Russian Aerospace Forces Sergei Kuryshkin told journalists.

Last year Moscow signed a contract to sell the systems to Turkey, raising criticism from Ankara’s NATO allies, notably Washington, which has threatened to block delivery of its F-35 stealth aircraft to Turkey.

Negotiations to sell the S-400 to Qatar and India are ongoing. In late August a senior Pentagon official said that sanctions against India would come under consideration if its purchase goes through.

Russia has said the Vostok-2018 manoeuvres are the largest in its history and involve nearly 300,000 men and all types of military equipment.

The exercises involve Chinese and Mongolian armies and will continue until September 17.