With autono­mous trains, all the trains will run in a harmon­ised way and at the same speed, says SNCF chairm­an Pepy
By AFP
Published: September 12, 2018
Tweet Email 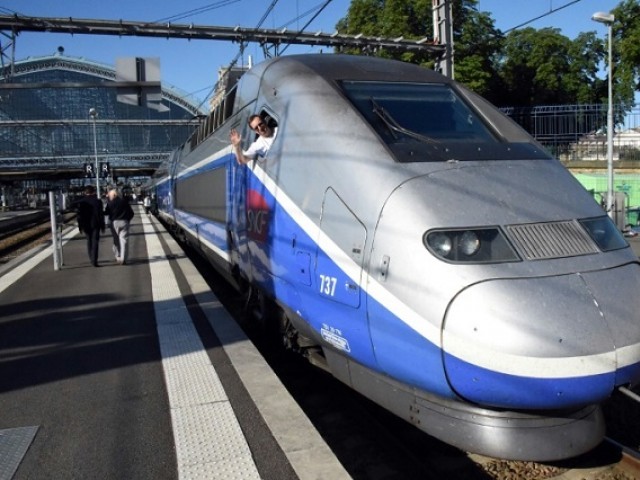 Soon there won't be a driver to wave out the window. PHOTO: AFP

PARIS: French railway operator SNCF said on Wednesday it was planning to introduce prototypes of driverless mainline trains for passengers and freight by 2023, and include them in scheduled services in subsequent years.

“With autonomous trains, all the trains will run in a harmonised way and at the same speed,” SNCF chairman Guillaume Pepy said in a statement. “The train system will become more fluid.”

The operator hopes that the switch will allow it to run more trains on France’s busiest mainlines, and cut energy consumption.

“Railways are an open system, and the unexpected is the rule,” Pepy said.

SNCF will be partnering up with rolling stock specialists Alstom and Bombardier who will each be heading up consortia for freight and passenger traffic, respectively.

The shift to driverless trains is to happen in stages, Pierre Izard, who runs SNCF’s rail technologies division, said, “up to the most extreme of automatisation, when there is no human presence onboard”.

Pepy said that autonomous trains “are clearly the future”, but he also said it may take time before passengers accept boarding driverless trains.

Although Australia, China and Japan are already experimenting with driverless trains, France is not coming too late to the game, said Carole Desnost, head of innovation at SNCF.

SNCF said it was talking to German operator Deutsche Bahn about promoting a European standard for driverless trains.