Cricketers from Balochistan must be given chance in national team: Younis Khan

Cricketers from Balochistan must be given chance in national team: Younis Khan 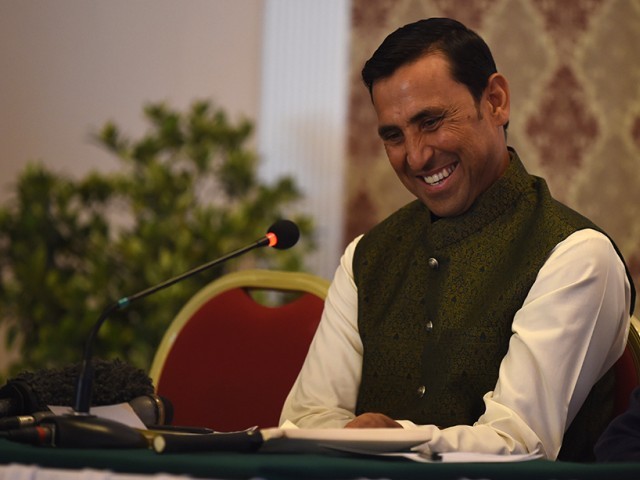 QUETTA  : The former captain of Pakistan’s National Cricket Team Younis Khan has said that sportsmen from Balochistan must be given chance as the province has many talented upcoming cricketers.

“Today our prime minister has a vast sports background and he represented country’s national cricket team in 1992 world cup therefore the central and provincial government should utilize their efforts in fostering sports activities in the country,” Younus Khan said while talking to media.

Khan is on Quetta’s visit these days to give cricket training to the young players of Balochistan in Bolan Cricket Ground.

Sharing his views on Cricket between Pakistan and India Younis Khan said that by playing cricket matches both nations can ease the tensions between them while he was also hopeful that Pakistan will win against India in the upcoming Asia Cup.

“I am optimistic that Pakistan will beat India in Asia Cup as Pakistan will show a positive game with good players,” he said. “Pakistan and India should play more matches in order to ease tensions between the neighbours.”

Stressing upon Balochistan’s representation in national sports, including cricket, former captain said that league matches are important for the development of young talent at provincial level.

“League matches are pertinent for keeping alive our cricket on provincial level, many talented players in Pakistan’s cricket team emerged from leagues which should be continuing in the country,” Khan added.