Report recomm­ends CM to not summon police office­rs but reach out to IG
By Hasnaat Malik
Published: September 12, 2018
Tweet Email 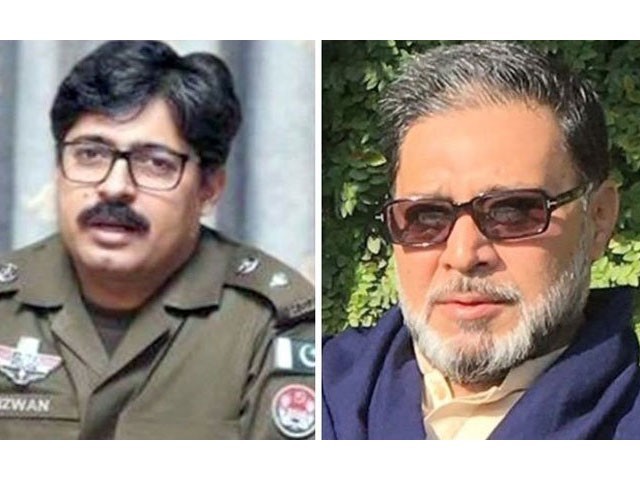 The officer had refused to apologise to Khawar Maneka after he intercepted the latter. PHOTO: FILE

ISLAMABAD: An inquiry report prepared by the Punjab police on the transfer of former DPO of Pakpattan ruled out the possibility of political interference in police affairs.

Interestingly, the inquiry report also concluded that no cognizable offence was committed by the ‘stranger’ – Ahsan Iqbal Jamil – who was accused of harshly speaking with former DPO Pakpattan Rizwan Gondal.

His presence did not constitute “any interference in police affairs since the chief minister (had) called the meeting and Ahsan Iqbal Jamil was … there as a complainant”.

The report was compiled by former Inspector-General of Punjab police Syed Kaleem Imam, who was recently transferred as the IG Sindh. The IG had formed a three-member committee, led by DIG Shahzada Sultan.

According to the report, CM Punjab Usman Buzdar had passed “no orders, gave no specific instructions”. He had just “remanded the matter to the RPO” for resolving the matter in an amicable manner in “deference to the independence of police affairs”.

The report maintained that the meeting had not been called to “intimidate, pressurize, undermine or obstruct the officers in the performance of their duty”.

“The action of Ahsan Iqbal jamil can be categorized as remonstration, a complaint suffused with a deep sense of grievance and protest over inaction of the DPO. The feeling of grievance was exacerbated by the fact that the incidents were causing a rift among members of the Maneka family. However, Ahsan Iqbal Jamil said that he apologizes if his manner had caused any uncomfortable feelings to any of the officers (concerned).”

The CM, the report stated, had “just facilitated the meeting as host”.

The chief minister, the report stated, allowed “Ahsan Iqbal Jamil access to the officers (concerned) in a neutral (and) hospitable environment to convey his concerns without taking any sides”.

Insisting that the CM had called officers as “an elder”, the report stated that he was trying “to resolve the issue amicably in line with his tribal traditions. The officers did not feel intimidated. The DPO, however, did not like being face to face with a ‘stranger” in this manner. He felt as if he had been taken to task “by a stranger in the presence of the Chief Minister and his RPO. According to the report, the DPO felt that Ahsan Iqbal’s behaviour was “overheating”.

The DPO, the report stated, felt uncomfortable but did not say that he was under “any … duress, threat or intimidation”.

On September 3, the Supreme Court had asked the IG Punjab to launch a probe into allegations of political meddling in police affairs and submit a report within a week.

The report recommended that the Chief Minister Punjab should not call in future any police officer directly to his office and instead ask the IGP to send any officer if he wanted them to personally visit the CM office for assessing their performance.

Similarly, relevant complaints reaching the CM’s office should be forwarded to the IGP for appropriate action.

It also proposed that no officer should attend the CM’s office or the office of ministers or any other government office not falling within their own chain of command without the express permission of the IGP.

The inquiry report also recommended no action against Ahsan Iqbal Gujjar in view of the apology he tendered during the course of this inquiry.

“The cross-examination of RPO Sahiwal Shariq Kamal Siddiqui (indicated) that the meeting was conducted in a friendly … manner as the chief minister Punjab was personally entertaining officers with refreshments. It transpires that the purpose of the meeting was sensitize the RPO and DPO about the “gravity of the incidents involving the son and daughter of the first lady (and) to resolve the issue in a harmonious manner between the siblings”.

It also submitted that the meeting between CM and DPO lasted between 45 and 50 minutes.

The CM, it stated, had introduced Gujjar as his brother who then did most of the talking with the DPO.

He, the report suggested, complained about the quick recurrence of incidents affecting the Maneka family, especially the one on August 5 in which Khawar Maneka’s daughter had been “touched and shoved” by police officials.

“This incident … deeply upset the children, but despite several … messages conveyed through friends, no action had been taken to assuage their concerns”.

According to the report, the family was divided after second marriages of both “Mr and Mrs Maneka”.

The children also suspected other members of the extended family, with opposite political alignment, hatching a conspiracy.

Citing the CM Punjab’s statement, it stated that he considered the matter sensitive after false reports emerged that the first lady’s travelled bare-foot.

This led to an unpleasant incident involving the Maneka family and later another incident between Khawar Maneka and local police.

“I am new to the office of the Chief Minsiter. Although I am the Chief Executive of the province, (but) I (had) called both officers more as an elder in accordance with our traditions to address Maneka family’s fears. This was not an official meeting. Both officers were treated with respect,” the report stated.

Defending his conduct, the report quoted the CM as saying that Gujjar “was polite with the police officers and (had done) nothing that could be construed as rudeness”.